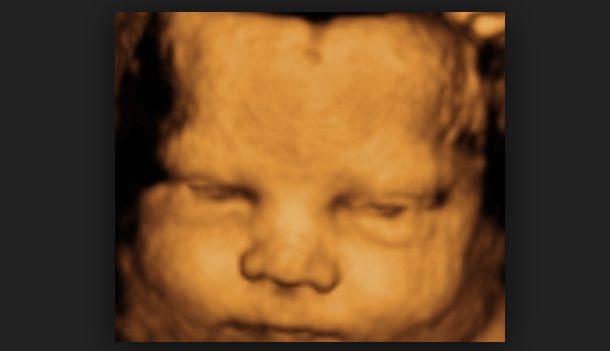 The Kentucky Senate swiftly approved a heartbeat bill Thursday after hearing a live scan of an unborn baby’s heartbeat.

State Senate Bill 9, which would ban abortions once an unborn baby’s heartbeat is detected, passed in a 31-6 vote, and now moves to the state House for consideration.

Sponsored by state Sen. Matt Castlen, the bill would require abortionists to check if an unborn baby’s heartbeat is detectable before performing an abortion; if the baby does have a heartbeat, the abortion would be prohibited. Exceptions would be allowed for medical emergencies.

An unborn baby’s heartbeat is detectable at about six weeks of pregnancy, before many women even know they are pregnant, and abortion activists admit that heartbeat laws ban basically all abortions.

Earlier Thursday, April Lanham, who lives in Castlen’s district, gave a powerful testimony when she allowed a Senate committee to hear her unborn baby’s heartbeat through a Doppler device, the Lexington Herald-Leader reports. It was a moment that even secular news outlets described as “powerful.”

“Every life matters,” said Lanham, who is 18 weeks pregnant.

Castlen urged lawmakers to pass his bill after Lanham’s testimony. “What you’re hearing is a child’s heartbeat,” he said. “It’s telling us it’s alive.”

However, abortion activists with the ACLU and other groups testified against the bill, claiming an abortion should be a decision between a woman and her doctor alone.

Kate Miller, of the ACLU of Kentucky, threatened to file a lawsuit if the bill passes.

“Each of you took an oath to uphold the Constitution,” Miller said. “This law is patently unconstitutional. The second it is signed, the ACLU of Kentucky will file a lawsuit. And much like the other laws you have passed, we expect that you will be held up in litigation unsuccessfully for years.”

Challenging the so-called constitutional “right” to abortion often is the very intention of these bills.

Pro-life state Sen. Robert Stivers responded to the legal threat, saying, “Who sits on the Supreme Court determines what’s constitutional or not,” the AP reports.

Pro-life lawmakers have introduced a number of heartbeat bills this winter, hoping for a victory with the new conservative majority U.S. Supreme Court. Similar bills are being considered in Florida, Mississippi, Ohio, South Carolina and Tennessee.

The goal of the legislation is to prevent the deaths of thousands of unborn babies every year and potentially lead to the overturning of Roe v. Wade. However, even some pro-life advocates admit that the success of the legislation is uncertain. North Dakota and Arkansas passed heartbeat bills several years ago, but federal courts struck down both laws. In January, a judge declared Iowa’s heartbeat law unconstitutional.

← Prev: Abortion Clinic That Kills Babies Up to Birth Has Injured 34 Women in Botched Abortions Next: Arkansas Legislature Passes Bill to Ban Abortions if Roe v. Wade is Overturned →