Joe Biden Starts “Catholics for Biden” Group, But He Supports Abortions Up to Birth 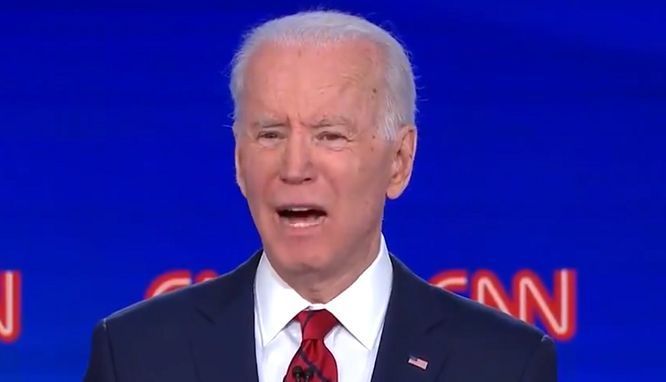 A pro-abortion Democrat, Biden continues to face criticism for supporting abortions “under any circumstances” and promising to force nuns and American taxpayers to pay for them in clear violation of Catholic Church teachings about the sanctity of life.

Campbell said Biden has shown a “willingness to call people together and listen.” She also noted that “Catholics are a critical percentage of the voting public,” so outreach is important.

Durbin, who, like Biden, has been refused communion in the Catholic Church because of his pro-abortion record, also praised the politician’s morality. The Illinois senator said he has never known “a more caring, compassionate person in public life than Joe Biden,” according to the report.

Participants also heard from Stephen Schneck, a Catholic political philosopher who served on an advisory board under pro-abortion President Barack Obama, the report continued.

Schneck accused President Donald Trump of not really being pro-life, despite his strong pro-life record.

Biden has been talking up his Catholic faith on the campaign trail, claiming that he cares “for the least of these” and wants to create unity in America. However, the Democrat presidential candidate has quietly embraced taxpayer-funded abortions on demand. And while constantly bringing up the importance of his Catholic faith, Biden has endorsed anti-religious freedom policies that would force nuns, religious charities and hospitals to violate their deeply-held beliefs.

John Zmirak, a senior editor at The Stream, accused Biden if trying to “gather up gullible Catholics’ votes.”

“But he promises to padlock the facilities of the Little Sisters of the Poor if they won’t dispense abortion pills,” he told Church Militant. “He has no problem with [vice presidential running mate] Kamala Harris calling the Knights of Columbus an extremist organization …”

Biden and Harris have been described as the most pro-abortion presidential ticket in U.S. history. If they win, tens of thousands more babies could be killed unnecessarily in abortions every year, many of them directly funded by Americans’ tax dollars.

Last year, Biden announced that he no longer supports the Hyde Amendment, which prohibits taxpayer-funded elective abortions in Medicaid and other programs. Popular among Americans, the amendment has saved more than 2.4 million unborn babies from abortions, according to research by Charlotte Lozier Institute. If ended, about 60,000 more unborn babies could be aborted every year in the U.S. alone.

In March, Biden said one of his first acts as president would be to restore funding to Planned Parenthood, the largest abortion chain in America.

Biden also said he is committed to “the constitutional right to an abortion” and to reversing “the Trump administration and states’ all-out assault on women’s right to choose.” He promised to “work to codify Roe v. Wade.” The infamous U.S. Supreme Court decision made the United States one of only seven countries in the world that allows elective abortions after 20 weeks of pregnancy.

Biden even has called abortions an “essential medical service” – as if slaughtering a unique, irreplaceable human child inside his/her mother’s womb is something good.

His and Harris’s position on religious freedom, including conscience protections for medical workers, also are deeply troubling. Biden claims to be a “very devout Catholic and a person of deep faith,” but he opposes a religious exemption from the Obamacare contraception mandate for the Little Sisters of the Poor, a nuns’ charity that serves the poor and elderly.