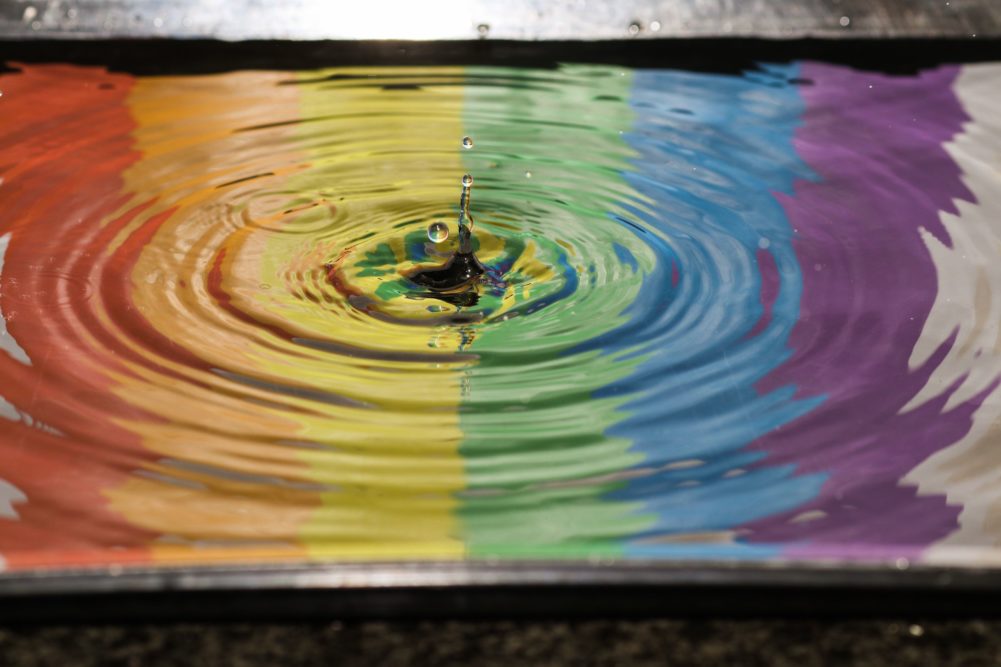 Please share to spread the news:
Historically, we in the church haven’t done a great job in conversations about homosexuality, and we’ve done an even worse job caring for those experiencing this. If we look humbly and open-mindedly at what the Bible says, then we see three ways we’ve gone wrong in the church when it comes to talking about homosexuality.

1. We’re wrong if we believe God doesn’t care about our sexuality.

He does care. The biblical depiction of sexuality hangs on much more than these passages, but the relevant passages directly addressing homosexuality are Genesis 19:1–11, Leviticus 18:22 and 20:13, Romans 1:26–27, 1 Timothy 1:10, and 1 Corinthians 6:9b–10: “Do not be deceived: Neither the sexually immoral nor idolaters nor adulterers nor men who have sex with men, nor thieves nor the greedy nor drunkards nor slanderers nor swindlers will inherit the kingdom of God” (NIV).

Possessing a desire innately just shows us that we have corrupt hearts and we need to be born again. The gospel message is not “Let the gay become straight” but “Let the dead—and that’s all of us—become alive.”

If someone says, “But I was born this way,” I don’t dispute that. But possessing a desire innately doesn’t make it right. Anger or ambition or certain sexual desires are not right simply because they come from deep within me.

Imagine I said to my wife, “After being married to the most beautiful woman I know for two decades, sweetheart, sometimes I still find myself attracted to other women. So the only conclusion I can come to is that I must have been born polygamous. I’m going to have to be true to myself and pursue relationships with other women.”

Veronica would say, “I’m going to have to be true to myself and smack you upside the head with a 2×4.”

2. We’re wrong if we think same-sex behavior is a fundamentally different type of sin.

In Romans 1, Paul lists same-sex behavior as one corruption among many. We may not think of deceit, boasting, greed, or a rebellious attitude toward parents as equally depraved as same-sex behavior. But if you look at Paul’s list, they are.

In another one of his letters, Paul even talks about the pride that comes from religion and an obsession to be better than others as an example of this kind of idolatry, where we prioritize our desires over the Creator’s design (Galatians 4:8–9). Is that equally depraved in our book? It should be.

In fact, if we’re trying to pin down the most egregious sins in Scripture, there are quite a few other candidates that merit consideration.

Consider, for instance, materialism and pride. Scripture is crystal clear in its condemnation of these two sins, both of which are enormous issues for the American church today. Are we just as clear?

When Jesus met with those in sexual sin, he graciously invited them back to him. But when he met those who were religiously proud, his words were blistering in their confrontation.

My point is not to say same-sex behavior is not sinful. My point is that we often present it differently than the Bible does, as a sort of uber-sin in a categorically different realm. The worst sin—the core sin, the sin behind all the other sins—is something of which we are all guilty.

We only grasp the gospel when we understand, as Paul did, that we are the worst sinner we know (1 Timothy 1:15), and that if Jesus came to die for us, there is no one that he would not die for.

If Jesus came to die for us, there is no one that he would not die for.

When we realize that, we’ll cease being a Pharisaic teacher of the law and we’ll become a gospel witness. We’ll start loving our neighbors as people made in the image of God and feeling compassion for them in their weakness. We will see in the face of every sinner a reflection of the corruption that afflicts our own hearts, the fruit of the rebellion we have participated in.

3. We’re wrong if we assume it’s hard for LGBT people to get to heaven.

Let me say something very clearly: Homosexuality does not send you to hell.

I know that because being heterosexual doesn’t send you to heaven. What sends you to hell is refusing to allow Jesus to be the Lord and center of your life, regardless of how that manifests—whether it’s in your refusal to let Jesus be Lord over your sexual life or in your refusal to obey him with your money or your right to control your career.

It’s not where you express your rebellion that matters but that it exists.

Rosaria Butterfield, a former practicing lesbian and professor of literature and women’s studies at Syracuse University, says that the pastor who led her to Christ refused (at first) to argue about her lesbianism. He told her that according to Romans 1, the real issue was who got to call the shots in her life. How she defined herself. How she sought fulfillment.

Romans 1, Rosaria explains, revealed her heart. She goes on to say that in Romans 1, Paul shows us that we all go through what Eve went through in the Garden of Eden. We have to ask: Who gets to declare what is good? and What is Lord in my life—my desires or God’s Word?

She says in her book, Secret Thoughts of an Unlikely Convert,

“Homosexuality is not the core of our rebellion against God; a desire to be God is. A desire to be the one who gets to declare good and evil, ‘play judge rather than be judged.’ A desire to use God’s creation for our own gratification rather than with pleasure, for his glory.”

And that means that repentance for the gay or lesbian person looks fundamentally the same as it does for the straight or religious person: “God, I’m sorry for elevating my desires over your will, for attempting to define my identity apart from your design for me, for seeking satisfaction in self-fulfillment rather than from giving glory to you. I recognize Jesus is Lord and turn over control to him.”

That’s what repentance looks like for a gay, straight, rich, poor, young, old, Jew, Gentile, black, or white person. We all come to Jesus in the same way.

The good news is that Jesus came to save sinners—all kinds. As the church, this truth should define the way we interact with gay and lesbian people as we communicate to them: God loves you. We don’t believe your sexuality defines you. We love you, and we want to talk with you with a spirit of grace.

Click here to view the original web page at jdgreear.com

Textbook Example of How to Keep Lost People Lost

This post by JD Greear is almost the perfect example of  using (twisting) Scripture to keep the lost person lost. The end result is countless millions led to a devil’s hell.

Satan and his ministers of light (2 Corinthians 11:12-15) over the long haul, have successfully blurred God’s definition of sin, evil and darkness. To the point where many within the Church have completely abandon the truth of God’s Word and believe the lie (Romans 1:28; 1 Timothy 4:1-3; 2 Thessalonians 2:10-12).

Sin, Evil, Satan, Demons, Immoral, Condemnation, Unrighteousness, Death, ungodly, Hell, the lake of fire and the curse have all lost there meaning. The devil and his emissaries have brilliantly and methodically blurred God’s truth of God’s Word. Successfully deceiving the masses by first deceiving the shepherds (Pastors).

Blurring the Meaning of God’s Word

Satan and his angels of light don’t come into a Church and say there is no such thing as sin. No way, Satan’s to smart for that. All false teachers will always use the Scripture to draw in and snare. False teachers are always experts at blurring the Word of God.

Dictionary meaning for the word blurred

← Prev: Canada Sends Taxpayer Dollars to Pro-Abortion Groups, Refuses to Fund Pro-Life Organizations Next: Please Pray for All in the Path of Hurricane Dorian →