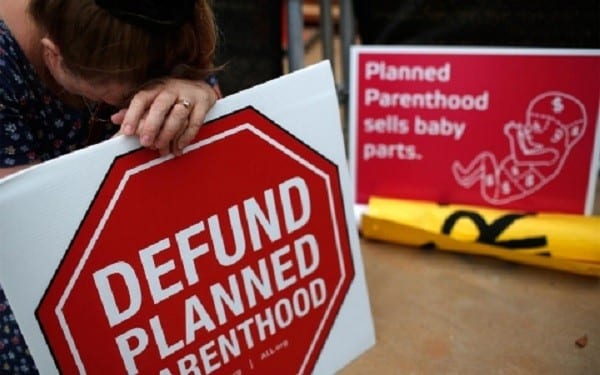 Iowa lawmakers moved a bill to Gov. Kim Reynold’s desk this week that would stop Planned Parenthood from receiving sex education grants in the state.

WHO TV 13 reports the state Health and Human Services Budget Bill includes a measure that makes abortion providers ineligible for sex education grants through the state. The bill recently passed the state House and Senate, and the governor is pro-life.

It is not clear how much taxpayer funding Planned Parenthood used to receive through the grants, but the abortion chain boasts of being one of the largest sex education providers in Iowa.

State Rep. Joel Fry, a pro-life Republican, said Iowa residents have been urging him to defund abortion groups from the sex education program.

“The HHS budget will continue to provide grants to organizations that provide Iowa students with sex education,” Fry told the news station. “We are continuing to provide the same level of funding as we have in the past; however, abortion providers will no longer be eligible for grants.

“We have consistently heard from Iowans that they do not want their hard-earned tax dollars used by organizations whose primary business model is providing abortions,” he continued.

However, Erin Davison-Rippey, public affairs director for Planned Parenthood of the Heartland, argued that the change will hurt communities where they teach sex education.

“They’re going to have to try to find new providers to compete for these grants, and it really could put a wrench in the entire system. So we could see impacts to sex education across the board beyond even those folks that are getting services from us,” Davison-Rippey said.

But state Sen. Jake Chapman addressed those concerns in a comment to the local news. He said the new grant requirements will not reduce or eliminate sex education; it just limits who can provide it.

Parents across the country have expressed serious concerns and even outrage at the largest abortion provider in America teaching sex education to their children.

Among its worst teaching points, Planned Parenthood tells children that promiscuity is not unhealthy. “There’s nothing bad or unhealthy about having a big number of sexual partners,” it tells students on its Tumbler page. Planned Parenthood’s booklet for HIV-positive youth, “Healthy, Happy and Hot,” also tells young people that it is their “human right” to not tell their partner that they have HIV.

Concerned parents in Pennsylvania, Michigan, California, Washington state, New York, North Carolina and other parts of the country also have protested Planned Parenthood’s involvement in their students’ education in the past several years.

← Prev: “An Estimated 150-200 Million Pigs” Have Been Hit By A Global Plague Of Biblical Proportions Next: Wisconsin Gov: It’s “Blasphemy” to Say Babies are Dying in Infanticide, Will Veto Anti-Infanticide Bill →