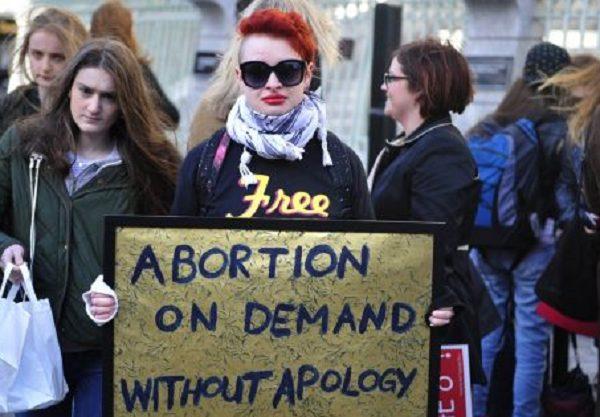 The Prairie State may be the next to join New York in radicalizing its abortion laws.

On Wednesday, Illinois lawmakers filed two bills in the state legislature that would lessen restrictions on abortion and repeal legislation that protects the unborn.

The first bill, the Reproductive Health Act, would repeal old pro-life state laws that are not in effect because of Roe v. Wade, according to WCTV News in Illinois. These laws, which would take effect again if Roe is overturned, include measures criminalizing abortion.

One of the most concerning aspects is that the new bill would repeal the state Partial-Birth Abortion ban. The bill also would require all private health insurance companies in Illinois to provide coverage for abortions. Additionally, it would remove a requirement for a fetal death certificate following an abortion.

The second bill introduced Wednesday would end Illinois’ 1995 Parental Notice of Abortion Act, a law that requires abortion providers to notify a parent or guardian if a girl under 18 years of age wants an abortion.

“This legislation is consistent with what we’ve seen recently in states like New York and Virginia and is a clear attempt by the national abortion industry to solidify abortion access in the state of Illinois in the event that Roe v. Wade is overturned,” Knorr stated in an interview with the Prairie State Wire.

The possibility of a repeal of the late-term abortion ban is particularly troubling to Knorr. “The late-term abortion ban should be kept in place because babies inside the womb feel pain at 16 weeks…while a young baby’s pain sensors are functioning before the third trimester, the pain-dampening system doesn’t develop until later in the child’s development. In actuality, this means that an unborn child who’s being aborted not only feels pain—she feels it to an intense extreme and without the benefit of pain-dampening systems that protect fully developed human beings from an overwhelming level of pain,” Knorr said.

Illinois Gov. J.B. Pritzker vowed in January to make Illinois “the most progressive state” for abortion in the U.S., and his track record demonstrates his unabashed willingness to throw away protections for unborn babies. On Jan. 22, Pritzker signed an executive order that strengthened an existing state law forcing taxpayers to fund abortions.

Reports indicate that Illinois Democrats also plan to introduce legislation in the near future that would lift bans on non-doctors performing abortions and guarantee more taxpayer funding for abortions.

Similar bills to expand the killing of unborn babies are being considered in Vermont, Rhode Island, Massachusetts and New Mexico this winter.

ACTION: Contact the Illinois legislature and urge lawmakers to oppose the bills.