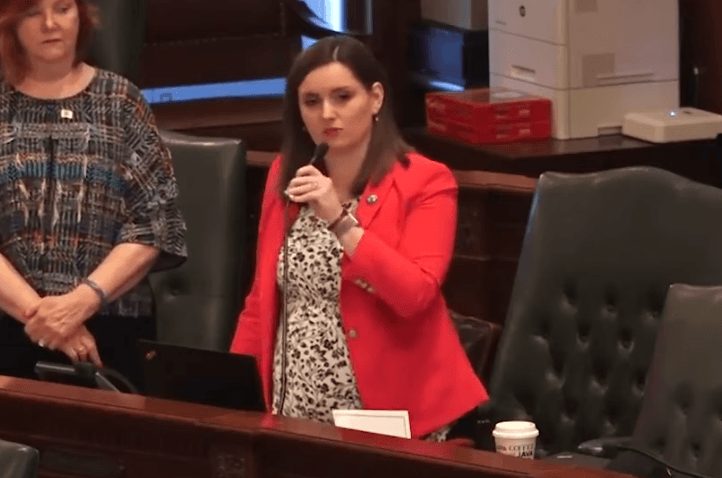 What they mean by “most expansive bill”, basically means that the unborn human baby can be murdered for any reason, at any time with without oversight or accountability of any kind

Illinois Republican State Rep. Avery Bourne delivered an impassioned plea for unborn children just before the state house passed one of the most expansive pro-choice bills in U.S. history. The “Reproductive Health Act” would repeal the state’s partial-birth abortion ban and effectively legalize abortion up until birth, among other legal changes. The bill states that “a fertilized egg, embryo, or fetus does not have independent rights,” according to the Chicago Tribune. The bill passed the state house 65-40, but not before Bourne – who is pregnant herself – delivered a fervent speech opposing the legislation.

WATCH: “This bill will mean that if a baby requires extraordinary medical measures after they’re born, doctors could determine up to the 40th week […]

LifeNews Note: William Davis writes for Daily Caller. Content created by The Daily Caller News Foundation is available without charge to any eligible news publisher that can provide a large audience.

← Prev: Archbishop Warns that Christianity in Iraq Is ‘Close to Extinction’ Next: Mike Pence Tells Justin Trudeau Trump Administration Will “Always Stand for the Sanctity of Human Life” →