I went to a Down syndrome drag show. What I saw horrified me 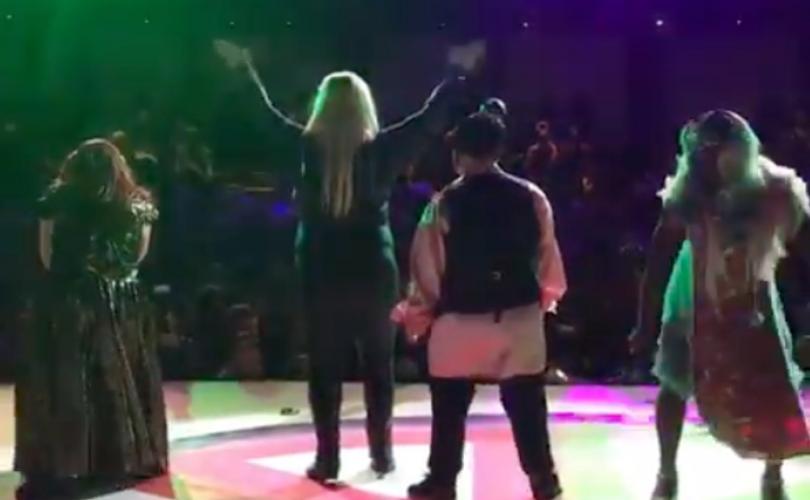 September 12, 2019 ( LifeSiteNews ) — This past weekend I went to my first (and last) drag show. Normally I’d never put myself in such a spiritually toxic environment. But I wanted to do my due diligence so my reporting on it would be accurate. I asked my guardian angel for protection and some of the Christian protestors outside the event were kind enough to pray that God would keep me safe. So I went in.

The show took place at Wealthy Street Theatre in Grand Rapids, Michigan — the city I grew up in and where I currently reside. It featured persons with Down syndrome from a U.K. drag troupe called “Drag Syndrome.” It also had non-Down syndrome performers.

The event quite justifiably garnered international headlines. Local media was abuzz too. But none of the press mentioned the verbal abuse some of the pro-LGBT folks who attended the performance hurled at the protestors outside — f-bombs, middle fingers, “Jesus freaks!” You name it. Hardly displays of tolerance, if you ask me.

Given that West Michigan is one of the state’s most religiously conservative areas, the decision to host the event there seems pretty obvious. Event organizers clearly wanted to kick sand in the eyes of the larger Christian community while helping along the normalization process of the LGBT agenda. It’s a classic Alinskyite tactic. And it’s clear Grand Rapids is a target on their list of places they want to further impose their perverted ideology.

Who hosted it and why?

“Drag Syndrome” was held on Saturday and Sunday night as part of ArtPrize, an annual art competition/festival created and run by Rick DeVos, son of the current U.S. Secretary of Education Betsy DeVos.

The DeVos family are huge Republican donors who practically own Grand Rapids. Members of the Christian Reformed Church in America, they have their name plastered over dozens of buildings in the area. To say they are influential power brokers in local politics would be putting it mildly.

You’d think that the family’s conservative religious views would compel Rick DeVos to scrap the show himself. Apparently not. My best guess is that he knew about it and simply let it happen out of fear of being labeled transphobic or whatever the latest term the left throws around these days at people who believe there are two genders. Of course, I could be wrong. Worst case scenario, he actually supports down syndrome men dressing up in women’s clothes and gyrating on stage.

← Prev: Patriots’ Ben Watson Tells Media to ‘Stop Lying’ about Brees, Focus on the Family Next: Two High School Football Players Give Their Clothes to Classmate Bullied for His Wardrobe →