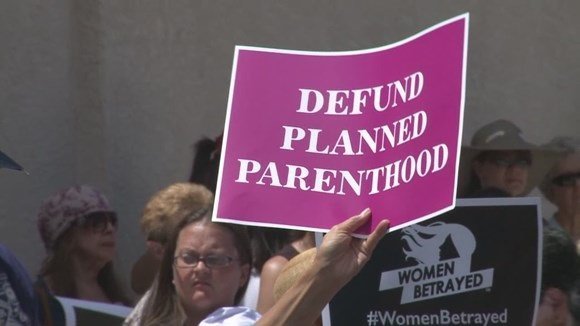 WPTV News 5 reports the crowd of about 200 people spilled outside of the Port St. Lucie city commission meeting Monday after filling both the meeting and overflow rooms. The eastern Florida residents voiced their concerns to the commission after learning that Planned Parenthood plans to open a new abortion facility in Port St. Lucie in January.

Among the personal testimonies was one woman who told the council how deeply she regrets aborting her unborn baby, WFLX 29 News reports.

Clair Faunce said she aborted her first unborn baby and made an adoption plan for her second child.

“And now she’s an actress and singer on Broadway …” Faunce said. “She sent me the most beautiful thank you letter thanking me for giving her life — and an amazing life.”

“I’m against Planned Parenthood because of what it has done and what it is doing to women,” she continued.

Another local resident Thomas Lawlor asked the city leaders to stop the abortion facility from moving there, according to WPFB 25 News.

Mayor Greg Oravec thanked the residents for their passion, but he told them the city does not have authority in the matter, according to the reports. He said Planned Parenthood is moving into a building that is zoned for medical use.

“You’re going to be advocating to a group that has no power to intervene on this application,” Oravec said. “So, I would personally encourage you to continue to be passionate and advocate at the state and federal level where you can actually influence the laws that control it.”

According to the abortion chain’s website, Planned Parenthood plans to close its Stuart, Florida facility in January and move to Port St. Lucie. The Stuart facility aborts unborn babies up to 10 weeks of pregnancy. It is not clear why Planned Parenthood is moving or if it plans to expand abortions.

Planned Parenthood is the largest abortion provider in the United States. Its most recent annual report shows a record $1.66 billion in revenue and 332,757 abortions. Meanwhile, its yearly reports show that Planned Parenthood’s patient numbers and actual health services are down.