Huffington Post: Keep Your Kids Away From Their Pro-Life, Trump-Supporting Grandparents 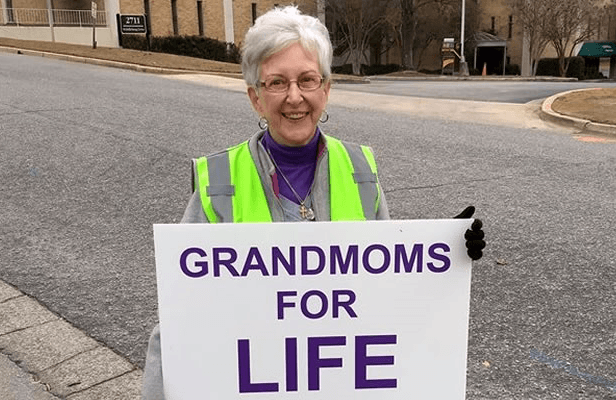 In an almost 3,000 word screed in Huffington Post, writer Hannah Selinger announced to the world “It Might Be Time To Cut My Right-Wing, Trump-Loving In-Laws Out Of My Kids’ Lives” on Wednesday.

The daughter-in-law from Hell accuses her husband’s parents of racism, sexism, homophobia, and even “veiled anti-Semitism,” because “Telling a Jewish person how much you love Jewish people is, on its face, a message of marginalization.” She also complains that her father-in-law once left the room when two men kissed on TV and muttered “Disgusting,” under his breath – GASP! – within earshot of her son! (I can tell you from personal experience that discomfort with homosexuality on TV is not limited to bigoted Trump supporters as I’ve witnessed this same thing from liberal older family members who are addicted to MSNBC and rabidly anti-Trump.)

Selinger seems to suffer from an extreme lack of self-awareness combined with a myopic self-centeredness. She needs to put herself in the other side’s shoes. After all, how many of us can say this exact same thing about our deranged liberal friends and relatives:

I can’t just pretend they aren’t who they are. They have become completely indoctrinated, and, what’s worse, they don’t really seem to care. They know, fully, that there are consequences to all of this. But still they pursue a course of belief that seems at odds with morality.

She seems to think that everything is uniquely bad and uniquely Trump’s fault, when the truth is her little liberal bubble was popped and she only recently started noticing the world the way it’s always been. Conservatives have been putting up with intolerant liberal relatives for decades. Yet for her, this is intolerable:

I can’t just go on pretending that we’re a normal family. It’s not like I can just leave them with the kids for the night and hope they don’t say something awful about a marginalized group of people while I’m out enjoying a martini with my husband. That safety has been stolen from both of us.

She is aghast that her “in-laws oppose abortion in any and all circumstances, but they appear unbothered by the idea of migrant kids in cages at the country’s border.” This is just petty politics. We can be upset by multiple things at a time, but why should conservatives be uniquely stained morally for actions President Obama took several years ago that liberals only just recently came around to discovering?

All of us pro-lifers have cherished friends and family members who support or even have participated in the purposeful destruction of unborn human life. Liberal logic would ask, “How do you even tolerate being near such bad, evil people?!” and say our silence is “being complicit.” Instead, we separate the person from the abhorrent belief and love them anyway, realizing that good people can believe and even do horrible things. Why can’t we get the same respect from liberals?

Selinger goes on about her in-laws embracing conspiracy theories, “The media sources they ingest, of course, are intentionally dishonest, and our conversations with them reveal a view of the world that’s disturbingly removed from reality.”

SUPPORT LIFENEWS! To take on Big Abortion, please help LifeNews.com with a donation!

This can easily be said of the other side. Funny how she pretends the left doesn’t have its own destructive conspiracy theories – Russian collusion anyone? The likes of CNN and MSNBC had older folks so riled up they worried about dying before the Mueller Report came out!

Again, Selinger sees her liberally biased interpretation of events in the news as moral lines that cannot be crossed while assuming the very worst possible motivations. Here she boils her choice down to either banishing her in-laws or Nazi revivalism:

I don’t want my boys to grow up without their grandparents, but I also don’t want them to grow up thinking that children belong in cages or that “Go back where you came from” is anything short of a dog whistle to Nazi revivalism.

She thinks those who “support the same ideas” as President Trump are bad people with “repugnant” politics:

I can tell my children, definitively, that the man we call president is a bad person. Can I say that about their grandparents, who support the same ideas? But what if it’s true? … I also find their politics — and how they manifest in what they say and share — repugnant. This is a matter, now, of fundamental human decency.

No, ma’am, it is a matter of fundamental human decency to allow family members to have their own opinions and not think any less of them for seeing the world differently from the way you do. You talk about “tolerance,” well, practice what you preach.

The only good news is that Selinger hasn’t officially cut off her in-laws … yet. So I’m left wondering, what is the point of this article other than virtue signaling and attempting to publicly shame them? Writing in HuffPost will no doubt win her broad support and validation from fellow leftist nutjobs who can’t tell the difference between opinion and fact – perhaps this is what she seeks: permission from the liberal mob to finally disown them.