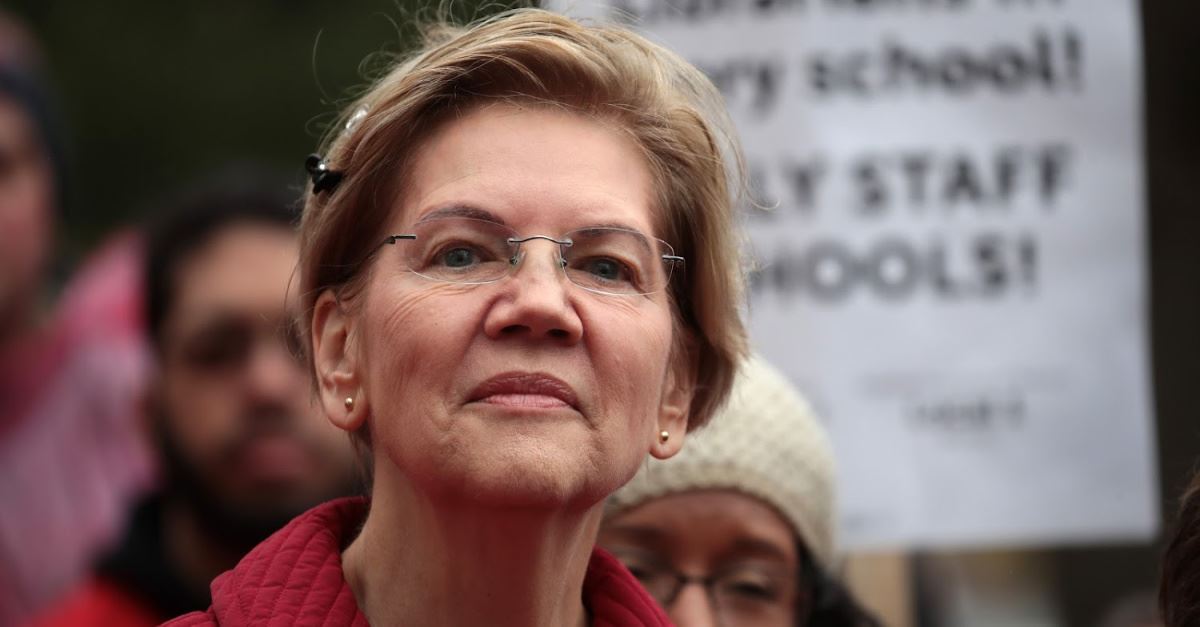 ‘Because the carnal mind is enmity (what does enmity mean? Enemy) against God; for it is not subject to the law of God, nor indeed can be.’

Elizabeth Warren establishes a clear distinction between the saved and the lost that is made throughout the Bible from Genesis right thought to eternity.

In her carnal state, as a slave to sin, and Satan all she knows is to rebel against God, and creating an “outreach program” for the children of Satan is not just rebellion but moronic. The wisdom of this world will always be foolishness with God, and I know for believers when we hear something like this the first thing we say to ourselves is “how stupid”.

‘For the wisdom of this world is foolishness with God. For it is written, “He catches the wise in their own craftiness”; and again, “The Lord knows the thoughts of the wise, that they are futile.” ‘

Never forget that before believing the gospel we were all there, “dead in trespasses and sins”, in bondage under the influence of the god of this world, Satan.

‘And you He made alive, who were dead in trespasses and sins, in which you once walked according to the course of this world, according to the prince of the power of the air, the spirit who now works in the sons of disobedience, among whom also we all once conducted ourselves in the lusts of our flesh, fulfilling the desires of the flesh and of the mind, and were by nature children of wrath, just as the others.’

But God… saved us!

‘But God, who is rich in mercy, because of His great love with which He loved us, even when we were dead in trespasses, made us alive together with Christ (by grace you have been saved), and raised us up together, and made us sit together in the heavenly places in Christ Jesus, that in the ages to come He might show the exceeding riches of His grace in His kindness toward us in Christ Jesus. ‘

God can save to the uttermost. Elizabeth Warren as ungodly and rebellious as she is can be saved because God the Son died for all.

‘But we see Jesus, who was made a little lower than the angels, for the suffering of death crowned with glory and honor, that He, by the grace of God, might taste death for everyone.’

Not only can Elizabeth Warren be saved by the power of the gospel (Romans 1:16) but so can anyone that believes the gospel.

The reality for Christians is that God leaves us hear not to protest, yell and scream but to share our faith with a lost world. We all have eternity ahead of us and for Christians, it’s an eternity spent in glory with our Lord and Savior Jesus Christ. For the lost, an eternity in the lake of fire, in unimaginable torment separated from God.

Democratic presidential candidate Elizabeth Warren said Tuesday she would consider hiring an outreach director for atheists and those who are unaffiliated with any religion.

Warren, who leads the Democratic field in Iowa and New Hampshire according to Real Clear Politics’ average of polls data , was asked during a town hall in Cedar Falls, Iowa, if she would consider hiring a “secular outreach coordinator,” similar to how other campaigns hire an outreach coordinator for Christians and other religious groups. An atheist man, Justin Scott, asked the question. “I’m gonna think about that, OK?” she told the man. “It’s a good point.” The exchange was first reported on the Friendly Atheist’s website. Scott, the Iowa state director for American Atheists, told the Friendly Atheist that Warren was “actually still fired up about the idea” when he approached her for […]