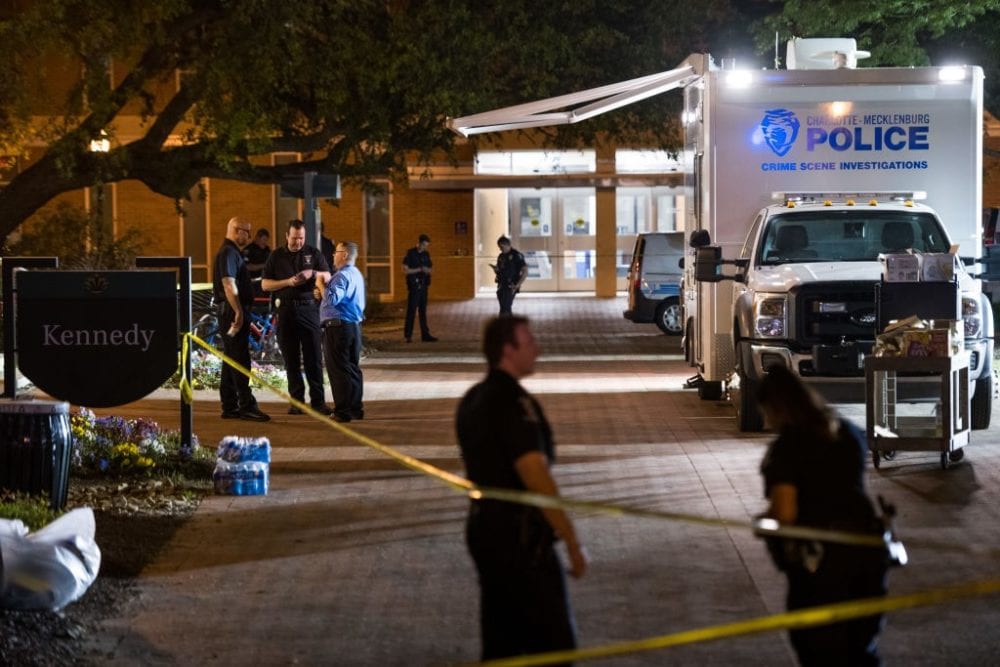 The UNC Charlotte student who tackled a gunman, and was killed in the scuffle, was buried with full military honors on Sunday

ABC News reported Riley Howell, 21, was enrolled in ROTC courses at the school. He had been hailed as a hero by Charlotte-Mecklenburg Police Chief Kerr Putney in a press conference last week. Howell “took the assailant off his feet,” allowing officers to step in and apprehend him, Putney said. Without him, “the assailant may not have been disarmed. His sacrifice saved lives.” Howell and 19-year-old Ellis Parlier were killed in the shooting. Four others were wounded. They were identified as Drew Pesaro, 19, and Sean Dehart, 20, both of Apex, NC; Rami Alramadhan, 20, of Saudi Arabia; and Emily Houpt, 23, of Charlotte, according to Fox News. The suspect, 22-year-old […]

← Prev: Democrat Representative Said ‘Donald Trump Jr's Mother Should Have Aborted Him Next: Ilhan Omar Defends Palestine after They Launch 700 Rockets on Israel →