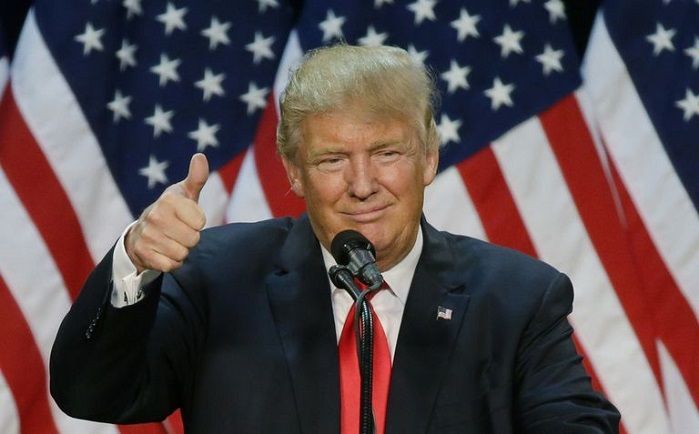 As we head into the home stretch of the most consequential election in many decades, what we need to remember is there is nothing—nothing—that the media defenders of Joe Biden wouldn’t do to help drag the pro-abortion former Vice President across the finish line.

In that sense, the media elite have adopted the technique Biden used in the first presidential debate against pro-life President Donald Trump. Attribute to him what, in fact, is true about Biden.

It helped to have a compliant Chris Wallace as moderator. But even Wallace’s ears should have perked up when Biden—who takes entire days at a time off—had the chutzpah to tell President to “get out of his bunker.” This, of course, is diametrically opposed to what Biden and his legion of media enablers otherwise say 24 hours a day: President Trump is out and about too much.

*“Poll: 56% Americans Say They Are Better Off Now Under Trump Than Four Years Ago Under Obama-Biden… Only 32 percent say they are worse off than four years ago”—Matthew Boyles

* “You’ll know my opinion on Court-packing when the election is over”—Joe Biden on Thursday.

*“What kind of prognostic factors can be observed? Polls don’t measure the plethora of Trump signs and dearth of Biden signs seen when driving around town. What about Trump rallies with tens of thousands of attendees versus Biden “rallies” with a few dozen attendees, mostly media and Secret Service?

“What about voter enthusiasm? There were hundreds of Trump supporters driving their cars, trucks and motorcycles across blue state Colorado while the president was in the hospital battling COVID” — Brian C. Joondeph

*“Republicans Are Spending $60 Million on a Digital Get-Out-the-Vote Campaign: The Republican National Committee has unleashed its biggest digital push to date to get voters to cast their ballots — even if it means by mail” — New York Times

*“With Less Than a Month Until the Election, Donald Trump Is Doing Better in Swing State Polls Than This Time in 2016”—Katherine Fung

*“An increasing number think neighbors support Trump.  By an 11-point margin, more think their neighbors are for Trump than Biden.  In August, that was a 5-point spread”—Fox News

One of the very best predictors of the mood of the voters is how they respond to the question whether they are better off than they were four years before. Gallup told us yesterday

During his presidential campaign in 1980, Ronald Reagan asked Americans, “Are you better off today than you were four years ago?” Since then, this question has served as a key standard that sitting presidents running for reelection have been held to.

Gallup’s most recent survey found a clear majority of registered voters (56%) saying they are better off now than they were four years ago, while 32% said they are worse off.

What I had not seen highlighted was this additional finding from Gallup:

that 49% of respondents agreed with Trump on the issues to 46% for Biden. This (as Gallup prefaced the question), “Whether you agree or disagree with [Donald Trump/Joe Biden] on the issues that matter most to you.”

Joe Biden has long since put his campaign into cruise control mode. He is told that unless he makes some cataclysmic mistake, the election is his. That, of course, essentially negates  questions about his durability on the campaign trail, especially when the media is so wedded to his election.

It’ll be interesting to see if Biden can hold off saying anything about whether he agrees with his party—that the Supreme Court ought to be stacked with additional pro-abortion justices, like cordwood. The number of justices hasn’t changed since the middle of the 19th Century, so no wonder Biden (and running mate fellow pro-abortionist Sen. Kamala Harris) flatly refuse to state their position.

There are intangible tangibles, you might say, about any election. They can say a lot or very little. I subscribe to the latter interpretation having worked on campaigns for years before I came to National Right to Life. For example, one measure of “Enthusiasm” is what people tell you. And that is important.

But boots on the ground; people coming out at all hours of the day and night to a rally. That’s people acting, not responding to a survey,

What about, as Brian C. Joondeph asks,

Thousands of boaters rallied for Trump in a North Carolina boater parade? How about the endless parade of Trump cars a few days ago in Olympia, Washington? There is nothing remotely similar for Biden and again something easier observed than measured.

There is one other component, of many I could mention. As Newsweek’s Katherine Fung wrote on Wednesday, while President Trump is still behind, he is faring slightly better in Battleground states this time around than he did in 2016 at a similar junction. At that was before a new poll coming out of Arizona found the President up 46.2% to 44.8% for Mr. Biden.

As I will say right up through the Election Day, pay no attention to what the media is telling you. The President’s campaign has done the grunt work for months and months and months—knocking on millions of doors. And, as the New York Times reported, the campaign is going all-out on the all-important Get Out The Vote.

This election is, as they say, going down to the wire.

← Prev: Trump Tweets He Aims to Have US Forces in Afghanistan 'Home by Christmas' Next: One of the Oldest People in the World With Down Syndrome Dies at 78 →