He Stabbed His Girlfriend’s Stomach to Kill Her Baby, Won’t be Charged Because of New York’s Abortion Law 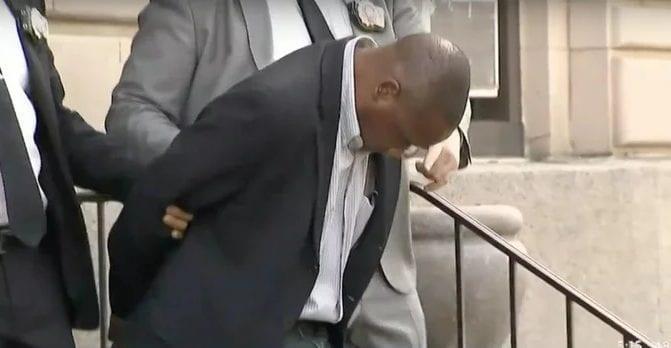 A week ago yesterday, a New Yorker from Queens, Anthony Hobson, beat and dragged his girlfriend, Jennifer Irigoyen, down a flight of stairs and then stabbed her in the neck, abdomen and torso. He stabbed her in the stomach because he wanted to kill the baby he fathered (some news stories say she was 14 weeks pregnant and others put the figure at 20 weeks). The pregnant woman shouted, “He’s got a knife. He’s going to kill the baby!”

Hobson killed both the woman and her baby. He was immediately charged with two crimes, but the charge for killing her baby was subsequently dropped: it was noted that Gov. Andrew Cuomo’s new abortion law provides no penalties for the killing of unborn children; abortion was removed from the criminal code and inserted into the public health law. Cuomo has not commented on what he has wrought.

The Albany lawmaker who sponsored the bill that Cuomo lobbied for, State Sen. Liz Krueger, and her colleague in the senate, Anna Kaplan, authored an article in the Times Union that disagrees with the Queens prosecutor’s interpretation of the law. They say there is nothing in the law that prevents any prosecutor from charging someone like Hobson for a crime. They say Hobson could be prosecuted for first-degree assault, a sentence that is harsher than the previous sentence for “unlawful abortion.”

Who’s got the better of the argument? The only way to settle this is to have clarity, and that means a new statute needs to be written that addresses this issue. We are calling on Sen. Krueger to work with other lawmakers, in both chambers, to draft legislation that makes it a crime to murder the baby of a pregnant woman.

LifeNews Note: Bill Donohue is the president of the Catholic League for Religious and Civil Rights.