Governor John Hickenlooper Will Run for President Against Trump, He Supports Abortions Up to Birth 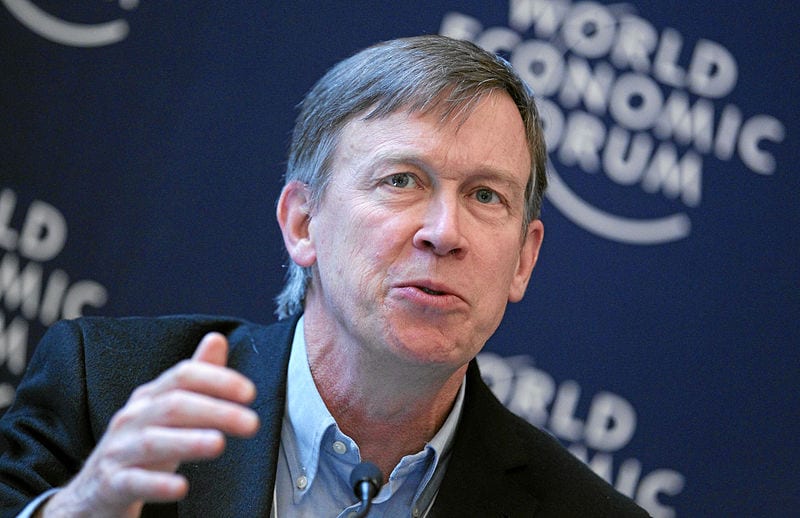 Former Colorado Gov. John Hickenlooper has entered the 2020 race for president against President Donald Trump. Like the other pro-abortion Democrats running for the Democratic party’s nomination, he supports abortions up to birth.

In a video his campaign released, Hickenlooper trashed President Trump and called him a bully.

“I’m running for president because we’re facing a crisis that threatens everything we stand for,” Hickenlooper said in the video. “I’ve stood up to my fair share of bullies. Standing tall when it really matters if one of the things that really drives me.”

“I’m running for president because we need dreamers in Washington but we also need to get things done,” Hickenlooper said. “I’ve proven again and again I can bring people together to produce the progressive change Washington has failed to deliver.”

Hickenlooper went  on ABC’s “Good Morning America” and said there is a “crisis of division,” among Americans.

“I think it’s probably the worst period of division that we have had in this country since the Civil War,” Hickenlooper said. “Ultimately I’m running for president because I believe that, not only do I believe that I can beat Donald Trump, but that I am the person that can bring people together on the other side and actually get stuff done.”

But few issues are more divisive than abortion and Hickenlooper stands on the pro-abortion side — so much so that he refused to investigate the Planned Parenthood abortion business after it was caught selling the body parts of aborted babies in Colorado and nationwide. In 2015, Hickenlooper said it’s a waste of taxpayer money to investigate the Denver-based Planned Parenthood abortion business caught selling aborted babies and their body parts.

From a news report:

Gov. John Hickenlooper defended a state review of Planned Parenthood’s practices on Monday, but added that an additional investigation — as some Republican lawmakers have called for — would be unnecessary.

But he added, “That being said, I think they’re wasting taxpayer money. I think that that effort’s been done.”

Planned Parenthood of the Rocky Mountains (PPRM) has been at the center of the scandal of the abortion company selling aborted babies and their body parts.

The Center for Medical Progress (CMP) released two videos featuring the medical director of PPRM, Dr. Savita Ginde. In the first, Dr. Ginde tells the actors posing as buyers for a human biologics company that she wants to charge per “tissue sample” because that will bring in the most money. She said, “I think the per-item

$1995
Join Now
works a little better, just because we can see how much we can get out of it.”

Then, in another video, Ginde says that they have to train abortion doctors how to properly perform second trimester abortions if they want to obtain salable organs for harvesting. She said, “We’d have to do a little bit of training with the providers or something to make sure that they don’t crush fetal organs.”

As LifeNews previously reported, the abortionist goes on to explain that by classifying their work with organ harvesting as “research” they can get away with selling aborted babies. Ginde said, “Putting it under ‘research’ gives us a little bit of an overhang over the whole thing. If you have someone in a really anti state who’s going to be doing this for you, they’re probably going to get caught.”

But Hickenlooper had no interest in holding Planned Parenthood accountable.

Alliance Defending Freedom authored a letter to Colorado’s governor, speaker of the house, and senate president asking for an investigation of Planned Parenthood and an immediate end to taxpayer funding of the abortion giant.

And he was part of a coalition of pro-abortion governors that sued President Trump over his decision to revoke $60 million of taxpayer funding for the abortion giant.

← Prev: ‘Terrifying’: Illinois abortion bills said to be more extreme than New York’s Next: Illinois Bill Would Legalize Abortions Up to Birth, Enshrines a Constitutional Right to Abortion →