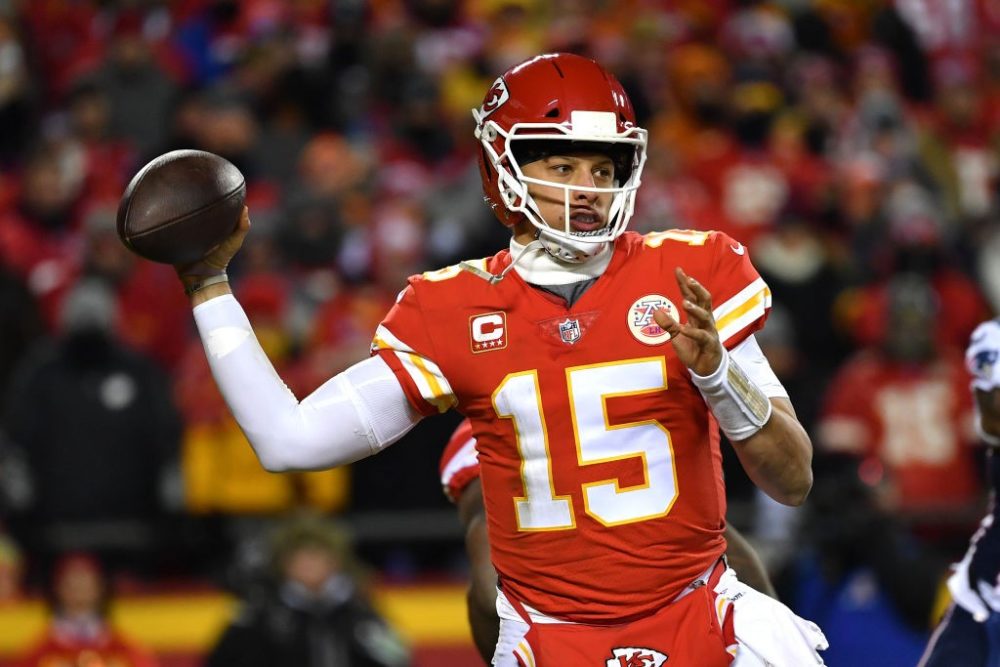 ‘Rejoice in the Lord always. Again I will say, rejoice!’

The injury came in the second quarter of the Chiefs-Broncos game when Mahomes dislocated his kneecap during a quarterback keeper to gain a short first down. Mahomes was taken off the field, but according to Fox News, he greeted his team in the locker room in high spirits after the 30-6 lopsided win.

“Awesome team win! Love my brothers! Thank you for all the prayers! Everything looking good so far!” Mahomes wrote on Twitter, adding “God is Good” and “Chiefs Kingdom” as hashtags.

After the game, when Kansas City tight end Travis Kelce was asked about Mahomes injury, he said: “His knee didn’t even look like a knee. It was all out of whack.”

Chiefs offensive lineman Laurent Duvernay-Tardif shared that Mahomes knew immediately what had happened when he was on the field.

“He was saying, ‘It’s out, it’s out,’” Duvernay-Tardif said. “Nobody really understood what he meant at that time and then we saw it. That’s when we started panicking.”

“I think I was just yelling, ‘Get off me,’ but I didn’t realize it was him,” Adam Reiter, the Chiefs center shared. “And everybody’s telling me, I’m hearing from the refs, ‘Just stay still, stay still.’ And I’m just laying on my stomach face down. I just had to listen to the refs and not move. As soon as I realized it was his voice, I was like, all right, I’m not moving an inch.”