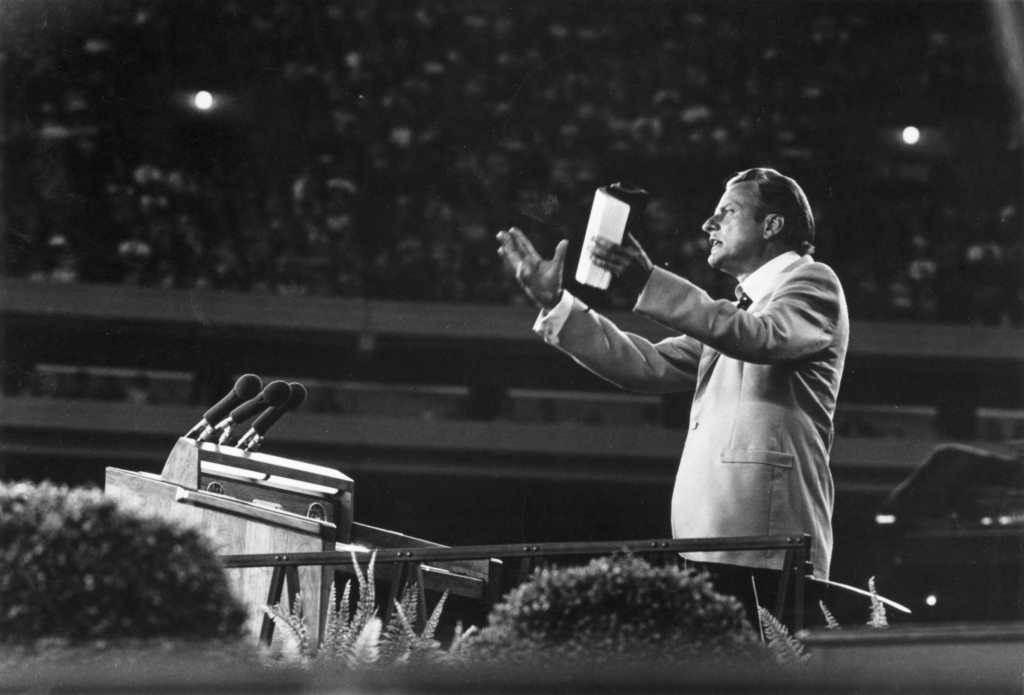 It’s been 50 years since human beings first landed on the moon and less than six months since the Rev. Billy Graham passed away.

But the anniversary of the famed NASA voyage is breathing new life into one of the beloved evangelist’s sermon illustrations. Franklin Graham, son of the late Billy Graham, who passed away in February, just a few months shy of his 100th birthday, shared a pearl of wisdom Wednesday he learned from his father. His dad, Franklin Graham said, once pontificated , “Suppose the NASA control center in Houston had received word from [Apollo 11] that the astronauts were off course, and had replied, ‘Oh, that’s all right, a number of roads lead to the moon. Just keep on the way you are going.’” Quoting his father, the 67-year-old evangelist continued, […]