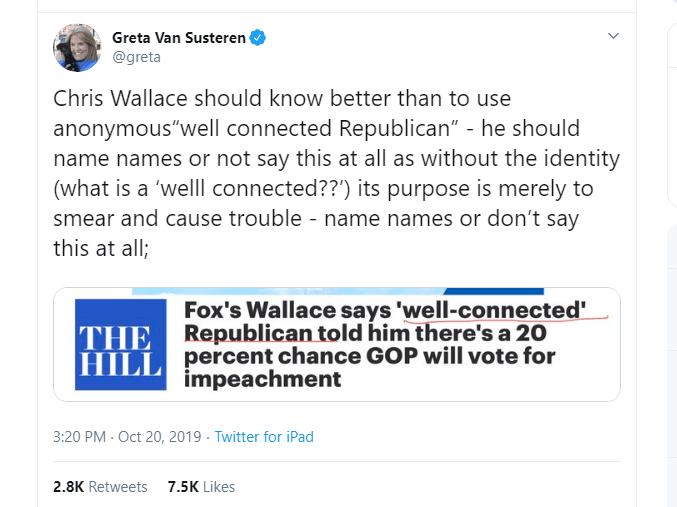 Susteren took to Twitter to scold someone who appears to be a notorious Trump-hater for smearing President Donald Trump and causing trouble. Wallace has been bashing the president and feeding the “impeachment hoax” frenzy, as some people see it. On Sunday, Wallace turned his so-called “serious” political talk show into an immature gossip fest, in my view, by claiming that a “well-connected” Republican senator told him that there’s a “20 percent chance the GOP will vote to impeach Trump.” “Wallace cited an overwhelming House vote criticizing the president’s policies in Syria and an op-ed by Senate Majority Leader Mitch McConnell (R-Ky.) slamming Trump’s decision to withdraw troops from that country,” as The Hill noted. “He then said he had ‘talked […]

Click here to view the original web page at www.lifezette.com