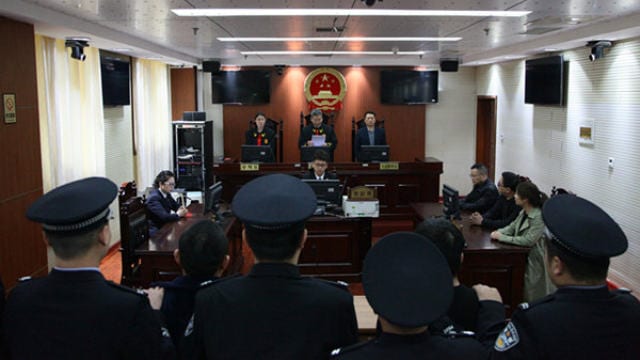 Seventh-day Adventist Church pastor Zhu Zhongcai and 11 others in Hebei were tried and sentenced for “illegal business operations” in January. 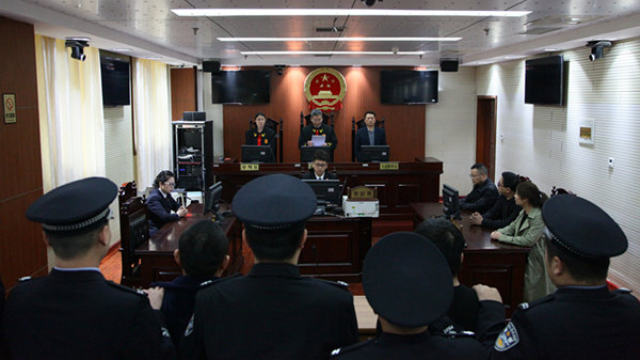 In late January, the People’s Court of Gong’an county, under the jurisdiction of Jingzhou city in central China’s Hubei Province, held a hearing for 12 arrested members of Seventh-day Adventist Church. Pastor Zhu Zhongcai and 11 church co-workers were accused of “illegal business operations” for printing sermons and other faith-related materials –Collection of Sermons, the Book of Revelation, and the Book of Daniel –and distributing them to the congregation. Pastor Zhu was sentenced to five years, Elder Li Aihui to four, and nine co-workers from one to three and a half years in prison; one was exempted from criminal punishment.

Even though the Seventh-day Adventist Church joined the government-approved Three-Self Patriotic Movement in the 1950s, only a few its churches and meeting venues in Hebei have religious activity venue registration certificates. Also, the Two Chinese Christian Councils do not approve the official publication of the church’s materials or books. Without the government-issued ISBNs, the church could only release self-made publications for members of the congregation. And this is precisely what the pastor and the co-workers had done.

Pastor Zhu’s defense lawyer said that “illegal business operations” would mean that the publication and distribution of religious materials had been done in pursuit of illegal gains or they had harmed social order and disrupted the market. But they did nothing of the kind: the Collection of Sermons and other publications consist of church materials distributed within the church. Moreover, only small amounts of money were collected to cover printing and transportation expenses, without any intent to seek illegal gains.

A church co-worker who requested anonymity told Bitter Winter that the court ruling is unjust for many reasons. All of the books are not-for-sale, they are not violating any copyright laws, and do not infringe on others’ rights. The believer added that it was only after repeated requests from members of the congregation that Pastor Zhu finally printed a collection of his sermons.

Another church co-worker revealed that on July 10 last year, Hubei authorities launched a mass arrest operation against the local Seventh-day Adventist Church, with raids of churches in Wuhan city, and Jingzhou city’s Gong’an county, Jianli county, Shashi district, and other areas; multiple meeting venues were sealed off and shut down. In Jianli county that day, more than 50 personnel from five departments, including the Public Security Bureau and the Ethnic and Religious Affairs Bureau, raided a Seventh-Day Adventist meeting venue. They forcibly pried open the door to enter, later confiscating tables and chairs, loudspeakers, a podium, and other church assets. Pastor Zhu and 11 others were arrested.

According to the co-worker, this wasn’t the first time Pastor Zhu was sentenced to prison. In July 2011, People’s Court of Shahekou district in Dalian city in northeast China’s Liaoning Province sentenced him to nine years charged with “illegal business operations” for printing the Bible. He served his sentence at Wafangdian Prison in Dalian. His sentence was later commuted, and he was released on September 3, 2017.

The crackdown on religious materials in China is intensifying as part of the CCP’s ongoing operation to “eradicate pornography and illegal publications.” According to Chinese state media, on January 22, 2017, the Ethnic and Religious Affairs Committee of Hubei Province held a meeting to plan its activities under this campaign, demanding strict censorship of books and audiovisual products dealing with ethnic and religious subjects, emphasizing the suppression of “illegal acts of publication or dissemination.”

It is also not uncommon that the printing or distribution of religious materials is suppressed under the pretexts of “illegal business operations” or “subversion of state power.” Since April last year, the government has strictly prohibited the use of versions of the Bible not officially approved for publication and other religious books.

← Prev: “Never Again”: Jews Support Uyghurs Against the New Genocide Next: They Refused to Denounce Jesus—Pastor, 5 Others Shot After Church Service in Burkina Faso →