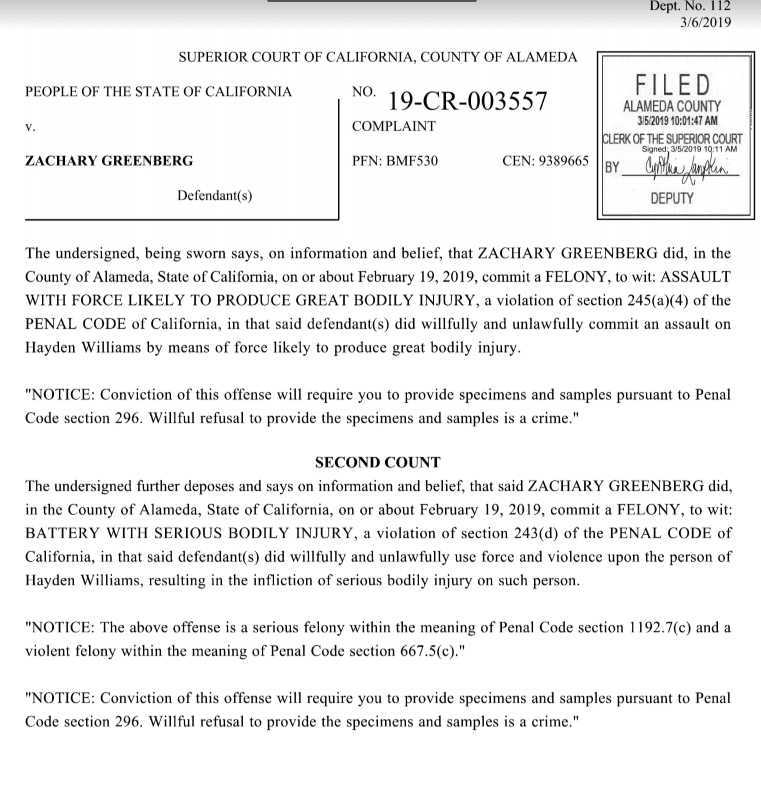 The Alameda County District Attorney’s Office filed felony charges Tuesday against Zachary Greenberg, the man who was allegedly seen in a now viral video punching and assaulting conservative activist Hayden Williams at the University of California at Berkeley on Feb. 19.

The charges against 28-year-old Greenberg include three felony counts and one misdemeanor count. The felony charges are “assault with force likely to produce great bodily injury,” “battery with serious bodily injury” and “criminal threats” while the misdemeanor charge was “vandalism under $400 damage,” according to a complaint obtained by The Daily Caller News Foundation. 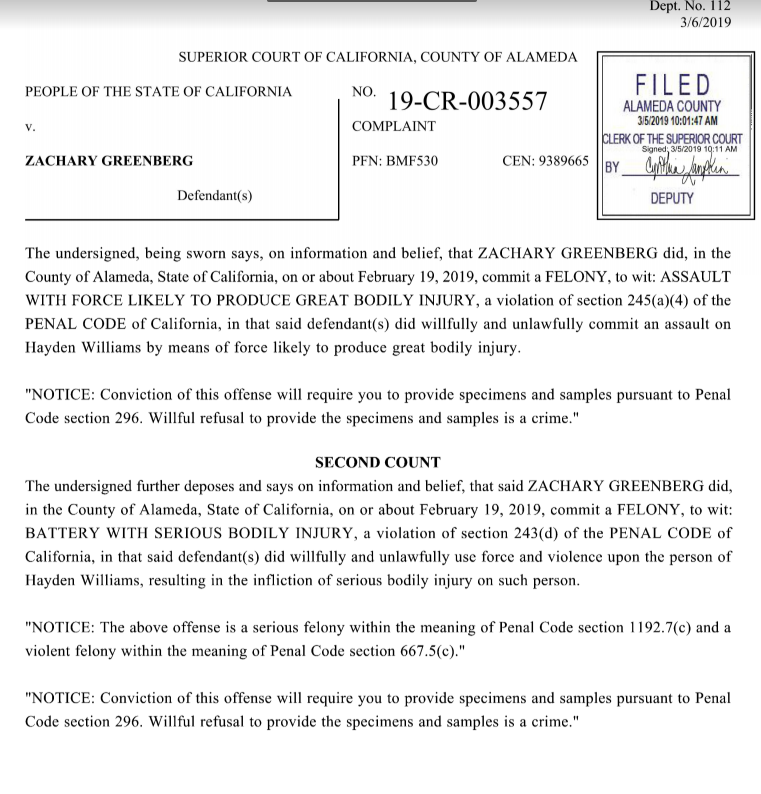 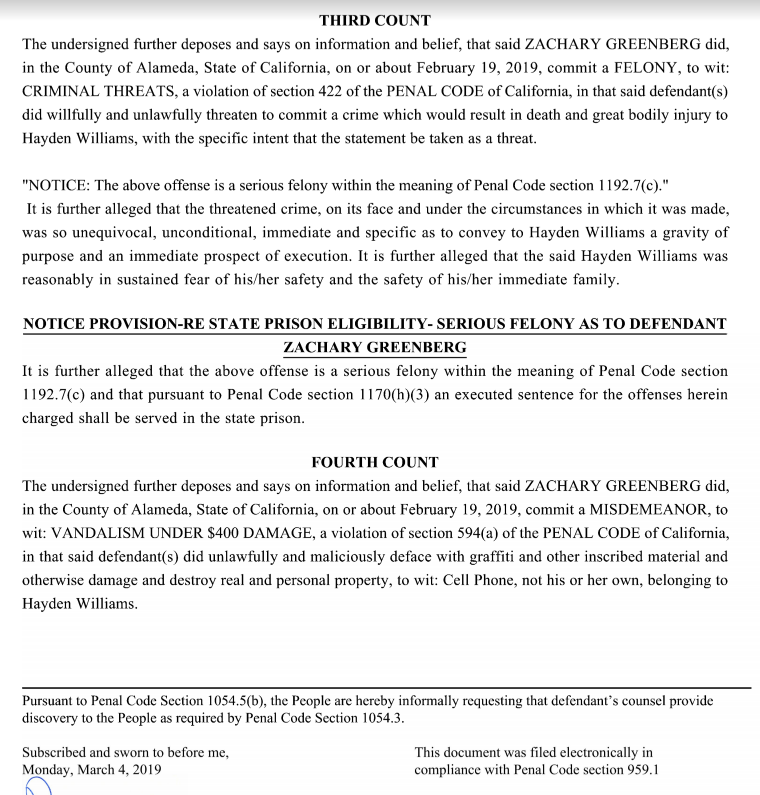 “We’re happy that the authorities seem to be taking this seriously, but we’ll suspend judgment on how seriously until we see the resolution of this case” Williams’s attorney Harmeet Dhillon said to Fox News.

Williams, who works for the Leadership Institute, was helping students of the school’s Turning Point USA chapter with a recruitment event when he was allegedly assaulted by Greenberg on Feb. 19. Greenberg is not a current student at the university.

UC Berkeley spokesman Dan Mogulof said to TheDCNF that Greenberg was a “non-degree seeking student in 2010 during which time he was also employed in a neuroscience lab” and later “returned to a neuroscience lab as a volunteer from 2012-14.”

It is unclear why Greenberg was on campus. (RELATED: Berkeley Assault Victim Says He’s Not Discouraged And Will Continue To Promote Conservatism)

“Unlike many universities, we have no walls or gates,” Mogulof said to TheDCNF. “We are open, as a matter of law, at all times to the public. On a daily basis, thousands of people not affiliated with the University transit our property to get from one place to another in the city…to attend events on campus…to eat at one of our many restaurants and cafes…to attend sporting events….to lounge in one of our open spaces.”

President Donald Trump referenced the Berkeley incident at a Saturday speech at CPAC and also invited Williams on stage.

“He took a hard punch in the face for all of us,” Trump said.

The president also announced Saturday that he would sign an executive order to protect campus free speech.

LifeNews Note: Neetu Chandak writes for Daily Caller. Content created by The Daily Caller News Foundation is available without charge to any eligible news publisher that can provide a large audience. ← Prev: LISTEN: Shocking 911 Call: Woman Chokes On Her Own Vomit After Abortion Next: City Uses Zoning Laws to Stop Clinic From Killing Babies in Abortions →