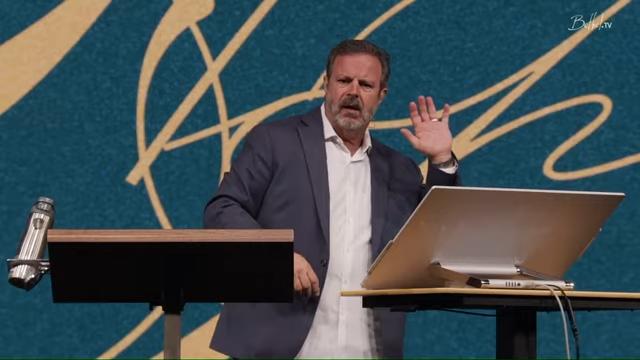 It’s amazing how anyone can fall for this false teacher Kris Vallotton. He and many like him play their tune, and people in droves follow them. And we can find the reason why false teachers are able to deceive so many in II Corinthians 11:13

“For such are false apostles, (and isn’t that exactly what they claim to be apostles? And we know that’s a lie) deceitful workers, transforming themselves into the apostles of Christ.” A good guide for us in the Body of Christ is to compare it to the Apostle Paul’s teachings of Romans through Philemon and you can’t go wrong. Look at verse 14 one more time, because this is so important.

“And no marvel; for Satan himself is transformed into an angel of light.” Because that’s what Satan, and his ministers do all the time – he transforms himself into an angel of light. So that’s what we’re up against. Peter’s followers back here in the little epistle are up against a lion “seeking whom he may devour.” Now, of course, we can use both analogies and hopefully I’ve made my point. The lion aspect is relatively easy to recognize. You know you’re in trouble when a lion confronts you, but when an angelic light appears, people fall for it. They just fall for it because, if it’s a light, it must be God. No. It is a false teacher or angel of light.

(Yahoo News/The Independent) — In the run up to the presidential elections, a number of evangelical Christian leaders had forecast a clear win for Donald Trump — and they are now having to apologize for “missing the prophecy” after Joe Biden was named president-elect. California pastor Kris Vallotton apologized to Biden directly on Instagram, stating that “you’re my president” similar to the way Trump and Barack Obama were “his presidents.”

“I want to sincerely apologize for missing the prophecy about Donald Trump. It doesn’t make me a false prophet. I prophesied he would become president four days after he declared his candidacy [in 2015]. And I prophesied Trump would not be impeached [and removed from office]. I’m very sorry to everyone who put their trust in me. There was a major, major mistake,” said Vallotton. Become a Christian News Network Supporter… Dear Reader, has ChristianNews.net been of benefit and […]