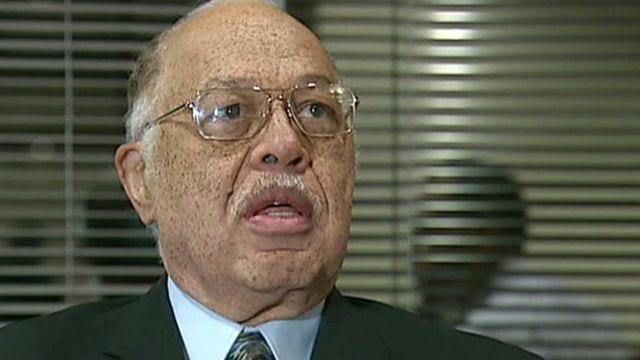 It’s Oscar Week when the media celebrate the best that Hollywood/Silicon Valley produce — tragedy and comedy. But seldom have they produced as much humorously tragic content as they have in their attempts to suppress the story of Philadelphia abortionist Kermit Gosnell.

And don’t let anyone tell you that Hollywood types or the millennials in technology companies are vulnerable, unfocussed snowflakes. When they want to suppress the truth – when there is something they don’t want you to know – their ruthlessness and have a determination can leave you breathless.

The Gosnell case, by any objective measure, should have been front page news for years. But the left really, really doesn’t want that to happen.

Gosnell was an abortion doctor in Philadelphia but he is also America’s most prolific serial killer. He delivered babies who were born alive and killed them — hundreds, perhaps thousands, over a thirty year period. He also killed at least two of his patients and mutilated many more.

Adding to the newsworthy angle of his case was the fact most of his victims were minorities. Oh, and he was also one of the biggest suppliers of illegal opioids in Philadelphia.

But the mainstream media refused to cover his trial. I was in the courtroom and it was deserted. Questioned about her absence one journalist for the Washington Post said she didn’t cover it because it was a “local crime story.” This is the same newspaper that gave acres of coverage to the Ferguson and Trayvon Martin killings. It seems “local” is in the eye of the beholder. It wasn’t until they were shamed into it by social media that journalists actually began covering the story.

My wife, Ann McElhinney, and I decided to make a crime drama about the story. Hollywood normally loves a crime story. But when that story shines a negative spotlight on abortion, it doesn’t want to know. We had to crowdfund, which we had done before for our documentaries.

As usual we submitted the details to Kickstarter, one of the biggest crowdfunding sites, but it kept delaying and delaying. Eventually, it told us our fundraising was banned unless we removed words like “murder” from the project description. The site said such terms would go against Kickstarter’s “community values.” A quick search revealed other Kickstarter projects using used similar terms. But those projects were not asking questions about abortion.

Kermit Gosnell was convicted of murder, and we would not lie about it for Kickstarter. But we’d only seen the beginning of the project’s suppression.

We moved to Indiegogo, which accepted our project without censorship. We broke world records in crowdfunding, eventually raising $2.3 million from almost 30,000 people. The mainstream media, however, wasn’t interested in our achievement, and it got no coverage.

We also wrote a book that sold enough to become a New York Times bestseller but the paper used an algorithm to decide that we shouldn’t make the list. They are shameless.

It was the same last October when we released the film, starring young Superman Dean Cain and directed by Nick Searcy. We opened in 700 theaters — most films with this kind of opening receive about 70 reviews on Rotten Tomatoes — some twice that number. We received just seven and only two of those were from mainstream outlets. So determined were the media to suppress Gosnell that they even turned down advertising. NPR and the New York Times both refused hard cash to run our ads. NPR wouldn’t let us call Gosnell an abortion doctor, even though it had used that exact term in its own meager coverage of the case.

But the censorship became farcical when we wanted to run Facebook ads for the film. Facebook banned them even one that consisted of a screen grab of Fox News presenter Tucker Carlson interviewing Dean Cain. Apparently, Superman is now too offensive for Facebook if he is raising questions that question the liberal abortion consensus.

In the end, Facebook blocked more than 50 ads for Gosnell — straightforward censorship reminiscent of the way the Soviet Union used to police jokes and conversations that were deemed dangerous. Now we have Facebook banning a picture of an actor discussing his film with a TV news anchor.

But there is a real hunger for truth in America and the attempts at censorship ultimately failed. The film opened in the top ten in the U.S. and was the number one independent movie. It has just been released on DVD and was the number one bestselling DVD on Amazon — beating such films as Bohemian Rhapsody and A Star is Born, which are backed by multi-million dollar advertising campaigns.

The media won’t stop trying to crush voices and stories inconvenient for their narrative, but the American public has shown the media’s power isn’t what it once was. People are tired of being fed the left’s lines. The Americans who funded Gosnell through Indiegogo, saw it in the theater and bought it on DVD are fighting back.

← Prev: Senate Will Vote Monday on Bill to Stop Infanticide, Protect Babies Born Alive After Abortion Next: Marco Rubio: Democrats are the Abortion Extremists Since They Support Abortions Up to Birth →