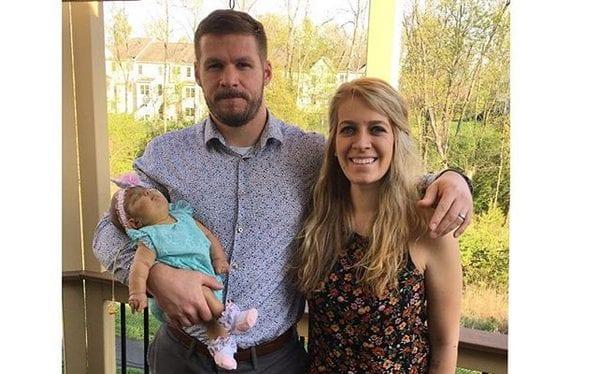 When New York politicians legalized late-term abortions in January, Hannah Sudlow thought of her 2-year-old daughter Evelyn and the discrimination she faced while still in the womb.

In an interview with Live Action News, Sudlow said doctors immediately assumed she wanted an abortion after Evelyn was diagnosed with a fatal fetal anomaly. They even scheduled an abortion without asking her.

But Sudlow and her husband refused. They knew that their daughter’s life was too precious to end.

The trouble began at Sudlow’s 20 week ultrasound. After the initial scan detected problems, she said they were sent to a doctor for more testing. The doctor’s attitude was not what they expected.

“He said, ‘Basically everything is wrong with this child. She has cysts on her brain. She is four weeks behind on her growth. She has intrauterine growth restriction, a hypo-plastic left ventricle, a single ventricle heart. She is missing half her heart. She has a cleft palate, clenched fists, and oh, by the way, two clubbed feet. Oh and by the way, it’s a girl,’” Sudlow said.

A test initially indicated that Evelyn had Down syndrome but further testing revealed that she actually had Trisomy 18, according to the report. Though some children with Trisomy 18 live for years, most die in the womb or shortly after birth.

When a doctor from Maternal Fetal Health called to tell Sudlow of the error, he told her that Trisomy 18 is considered incompatible with life. Then he said he had spoken with a doctor at her OB/GYN office and that doctor had informed him that Sudlow would be terminating the pregnancy and that he had already scheduled the abortion appointment. Sudlow was shocked and said she did not want an abortion. The doctor didn’t agree.

“He said, ‘You can’t keep her. I don’t think you know how serious this is,’” said Sudlow.

Obviously upset, she called the doctor who had scheduled the abortion – a doctor she had never met – and told him she wasn’t doing it. As she sobbed on the phone, he told her to save her energy for the child she was carrying – the child he had scheduled an abortion for without consent. After she refused the abortion again, the office she had been going to for her entire pregnancy refused to provide her with prenatal care.

“The driving force behind my pregnancy was that I did not start Evelyn’s heartbeat and I did not have the authority to decide when it stopped,” said Sudlow. “She was ALWAYS safest inside my womb, and I had to protect her.”

Eventually, the family found a new doctor. They said a series of ultrasound scans over the next few months showed some signs of improvement.

Today, Evelyn is a big sister. Her parents said her heart is stable and she is thriving. Though they are not sure how long she will live, they said every day with her is a gift.

“Only God is the holder of time. That is freedom to me,” her mother said. “It frees me up to be Evelyn’s mom and enjoy her like I would any other child. I pray for wisdom with her health and God to open doors when something needs done, but knowing her life has its own purpose takes that weight off of my shoulders.”

The family said they hope Evelyn’s story will inspire others to choose life.