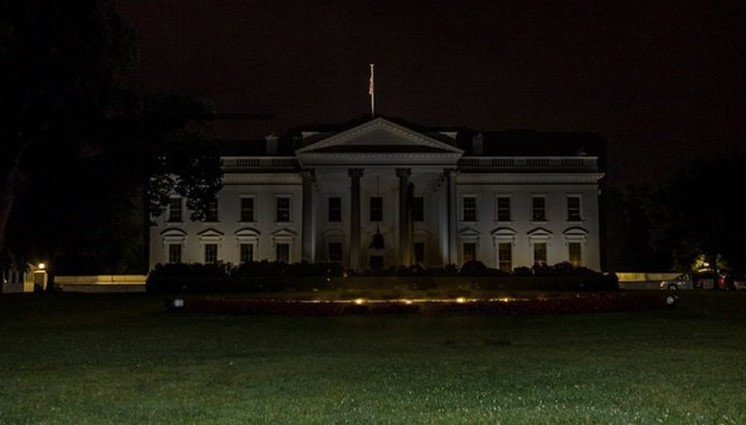 Media outlets and Twitter users circulated a photo of the White House showing the lights darkened both inside and outside, allegedly from Sunday night during the riots.

There is just one problem: the photo was not from last Sunday. In fact, it was not from the Trump administration at all, but rather a stock photo from 2015. It was uploaded to Getty Images, a stock photo compilation site, in December of 2015, but has been passed off to be a photo taken during the rioting. The stock photo was edited further to increasingly darken the image for the greatest possible dramatic effect, and “manipulated to remove the lit lantern,” an AP Fact Check reports.

Furthermore, the lights at the White House go off every night at 11:00 p.m., not just during riots or protests. The actual pictures from the evening in question show the inside lights were turned off, but the illuminating lights continued to shine. The allegedly dark White House photo was reported by many media sources including Forbes, Vox, the New York Times, and Slate. “As the nation was rocked by waves of protests, the White House went dark on Sunday night,” Vox wrote. The sight of a darkened White House against the burning backdrop of DC makes for an effective image, but it simply wasn’t the case.

True to their Satanic (lying) nature the Democratic Party reminds American’s and the world just how sinister and evil they are. By doubling down on their gospel of death, during a time when the whole world is working hard to save lives, by issuing decrees that forbid Christians from worshiping Jesus Christ and making the killing of babies essential. It’s almost unfathomable but it’s true and there is no stopping this Democrat death train.

← Prev: Pray for America: U.S. Senate Chaplain Asks God to 'Inoculate Our Nation against Hate, Sin and Despair' Next: Synagogues in Los Angeles and Richmond vandalized during protests →