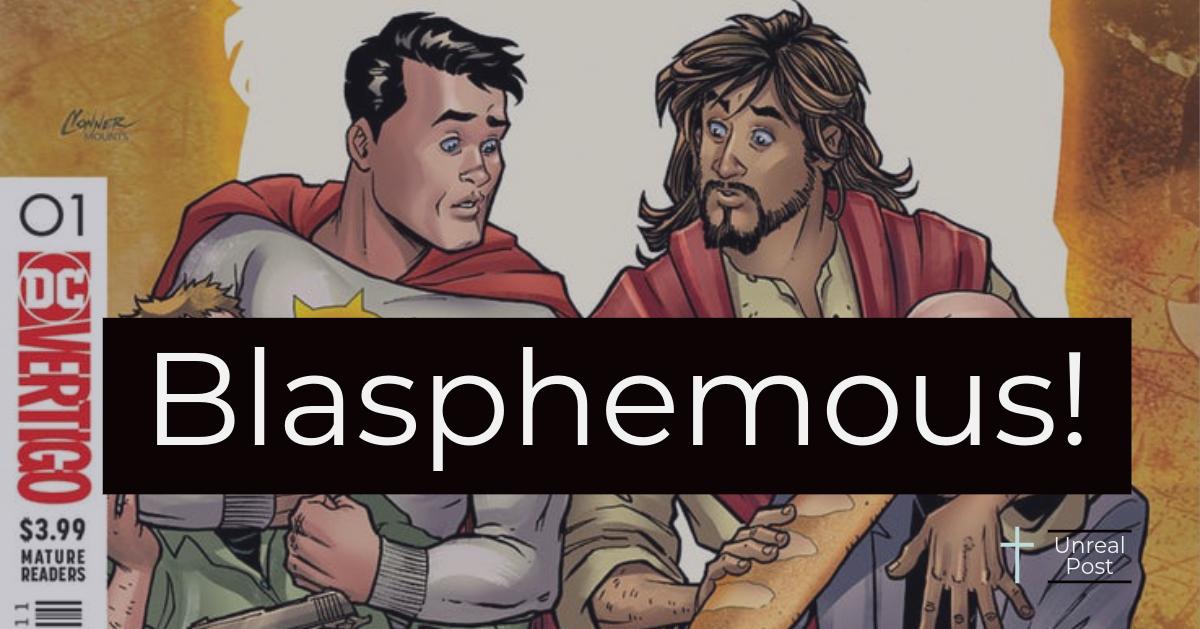 Forgive Them Father For They Know Not What They Do

DC Comics has a new comic series called “Second Coming” which features Jesus Christ as a hero of sorts that must learn from another superhero already on earth. The series, written by Mark Russell and illustrated by Richard Pace, will debut in March 2019.

The writer himself best describes the comic’s setting when asked the following question by the online entertainment magazine Bleeding Cool.

What can readers expect from Second Coming?

Mark Russell: An all-powerful superhero, named Sun-Man, has to share a two bedroom apartment with Jesus Christ. The conceit is that God was so upset with Jesus’s performance the first time he came to Earth, since he was arrested so soon and crucified shortly after, that he has kept him locked-up since then. God then sees this superhero on Earth a few thousand years later and says “that’s what I wanted for you!” He sends Jesus down to learn from this superhero and they end up learning from each other. They learn the limitations of each other’s approach to the world and its problems.

He who sits in the heavens shall laugh; The Lord shall hold them in derision.’ Psalms 2:4

Of how much worse punishment, do you suppose, will he be thought worthy who has trampled the Son of God underfoot, counted the blood of the covenant by which he was sanctified a common thing, and insulted the Spirit of grace?

Sin is a sin it makes no difference to God. Whether it be murder, adultery, or taking the office stapler home sin is a sin in the eyes of God. (Romans 6:23) But it isn’t a person’s sins (plural) that sends them to the lake of fire. It’s rejecting the gospel that gets a person thrown into the lake of fire for eternity.

It’s really sad to think that the people involved with this comic are mocking and spitting on the very ONE who died on the cross for them. I’m sure some are doing it in ignorance because they are blinded by the god of this world. (2 Corinthians 4:4) But I’m also, confident that there are people involved in the production of “Second Coming” that know God and understand what Jesus did but walk it underfoot. (Hebrew 10:29)

Then some began to spit on Him, and to blindfold Him, and to beat Him, and to say to Him, “Prophesy!” And the officers struck Him with the palms of their hands.

Stories like this are always opportunities to show God’s amazing grace! (Romans 5:20) Most Christians (myself included) blow their stack when they see Jesus Christ mocked, blasphemed or made into a comic book superhero. But as Christians, that’s what we should expect to see from an ungodly world.

The unsaved world are enemies of God. Because the carnal mind is enmity against God; for it is not subject to the law of God, nor indeed can be. – Romans 8:7. So don’t be so shocked.

We have very little room to judge! We were all there at one time or another. Maybe not working for DC Comics creating comics that blaspheme God but we were all lost before we believed the gospel. (Romans 3:23)

And you He made alive, who were dead in trespasses and sins, in which you once walked according to the course of this world, according to the prince of the power of the air, the spirit who now works in the sons of disobedience, ‘ Ephesians 2:1-2

But God saved us, made us into a new creation because He opened our hearts to the good news and we believed.

But God, who is rich in mercy, because of His great love with which He loved us, even when we were dead in trespasses, made us alive together with Christ (by grace you have been saved),

We need to pray for the men and women involved with DC Comics. Pray that the Lord open their eyes to the gospel of the grace of God.

God’s grace is amazing because His love all mankind is unfathomable. 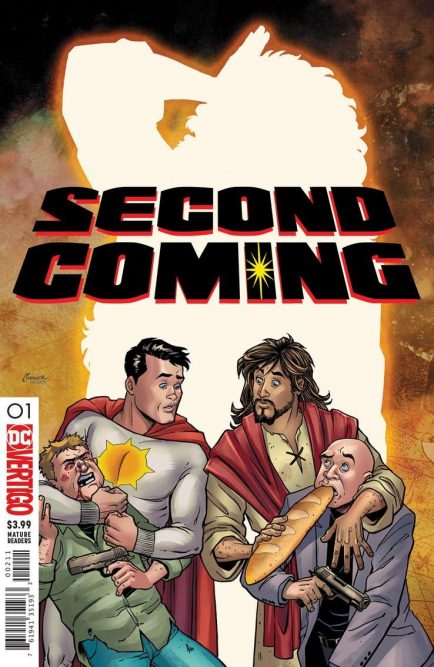 ← Prev: Even Satan Does Market Research - The Vatican Releases Cross and Crescent Logo Next: The Social Justice Gospel is Destructive Because It's A Lie →