CT bill would dictate how pregnancy centers advertise their services 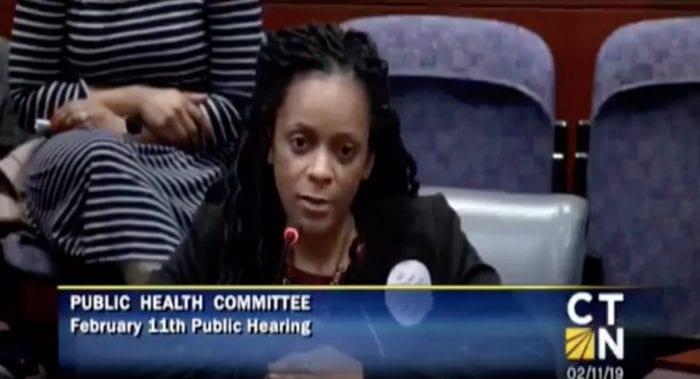 (Pregnancy Help News) [Last] week, hearings moved forward on a Connecticut bill which would ban pro-life pregnancy centers from advertising themselves in a way that the state deems “false, misleading or deceptive.”

After failing to pass in the last legislative session, the legislation has found new steam as politicians seek to increase abortion protections in legislatures across the country.

Dozens of supporters of the faith-based centers turned out on Monday to oppose the bill, testifying before the public health committee about their positive experiences.

From The CT Mirror:

Jessica Tallie, who got help through the Women’s Center of Eastern Connecticut, said she went to the center seven years ago as a single, pregnant 21-year-old. Tallie knew she wanted to have her baby, but said she needed assistance getting through her pregnancy.

“The center gave me a clear overview of who they were, what they believe, and how they operate before I began any sessions with them,” Tallie said. “It was a professional, transparent, and comfortable environment.”

Tallie isn’t alone. Lisa Maloney, executive director of Care Net of Southeastern Connecticut and president of the Connecticut Pregnancy Care Coalition, submitted 350 exit surveys to the public health committee last year, all testifying to the positive work being done by her center.

“There’s not one case of a report that we’ve falsely advertised from a client,” she told Pregnancy Help News. “They cannot site a certain case.” 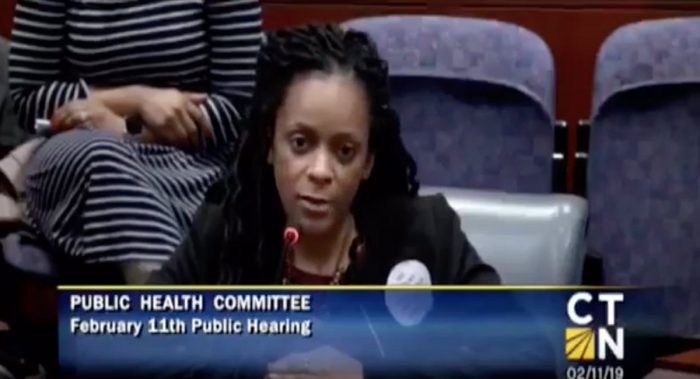 Maloney says this law could prevent centers from advertising a message as simple as, “Pregnant? Need help?” According to the bill’s proponents, she explains, this three-word advertisement implies that a pregnancy center is a “reproductive health center” that provides abortions.

She calls the measure a “show of force.”

“I think that they’re running scared that Roe v. Wade is going to be overturned, so Connecticut is pushing really hard to make sure that they protect abortion rights at all costs,” she said.

That desperation seemed palpable in a statement from Rep. Jillian Gilchrest, D-West Hartford, who cited biased research done by NARAL Pro-Choice Connecticut during Monday’s hearing. According to Gilchrest, women who visited pregnancy help centers were told “that they were sinning for getting an abortion, that they might not make it out alive, and that some women are left with a half of a baby inside them after having an abortion.”

Maloney, a licensed marriage and family therapist, has been with her center for almost 20 years, having joined the board in 2000, just as the center was converting to a medical clinic. Like countless others who serve in pregnancy help ministry, she became involved in pro-life work after experiencing an unexpected pregnancy of her own.

At just 20-years-old, Maloney was pregnant and alone when her church forced her to stand on stage before the whole congregation and confess her sin. After the church stripped her of her membership, Maloney was all the more alone—and all the more vulnerable to abortion.

But despite her circumstance, she didn’t consider abortion. She went on to have her son, who turned 30 last month.

Still, her experience left a lasting impression—especially after she learned that two other women from her former church had abortions after witnessing what she went through that Sunday morning.

For Maloney, a pregnancy help center could have made a difference in all their lives.

“So when I heard some years later about a center that would help women who were faced with the exact same situation that I was faced with, I realized that that was something that I needed to be a part of because it was something I didn’t have,” Maloney said.

Today, she says her experience has shaped how she views her role at Care Net.

Located in the coastal town of New London, her center serves a mix of college students, military members, and undocumented immigrants, offering free ultrasound scans, pregnancy tests, STD tests, and options consultations. The center even provides free birthing classes with the help of two doulas, one of whom is bilingual.

During Monday’s hearing, bill sponsor Rep. Liz Linehan, D-Cheshire, warned the committee that several centers in Connecticut “operate with the appearance of a medical facility and advertise to people as though they offer abortion and emergency contraception, when they are actually opposed to these services.”

But Maloney says that the Connecticut Department of Public Health, which first licensed her center as an outpatient clinic in 2001, has recognized her center as a medical facility for almost two decades. Her center offers its medical services under the guidance of its volunteer medical director, an emergency room physician. 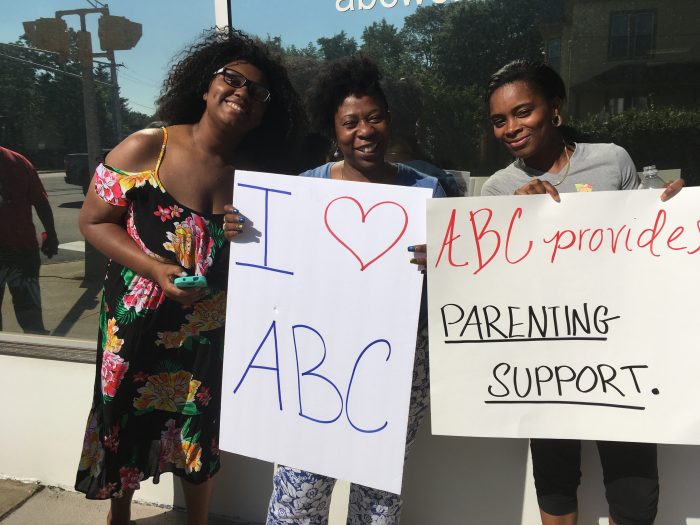 Together with all the other centers in her coalition, Maloney’s clinic adheres to the national code of ethics called, “Our Commitment of Care and Competence” (CCC), which addresses the vital importance of truthfulness in communications. This ethics code is maintained by Heartbeat International, Care Net, and NIFLA, three of the country’s major pregnancy help networks.

Maloney says the coalition’s centers have only ever wanted to serve women—not to become embroiled in political battles. Yet as they face this legislation, which could endanger their ability to reach more women, she feels called to take a stand.

“I would remind (the legislature) that the people proposing these laws are proclaiming to be ‘pro-choice’ and we’re just offering women a choice,” she said. “We’re not trying to infringe on anyone’s rights or freedom, but to offer them a choice and treat them with dignity and respect.”

Editor’s Note: This article was originally published at Pregnancy Help News and is reprinted here with permission.