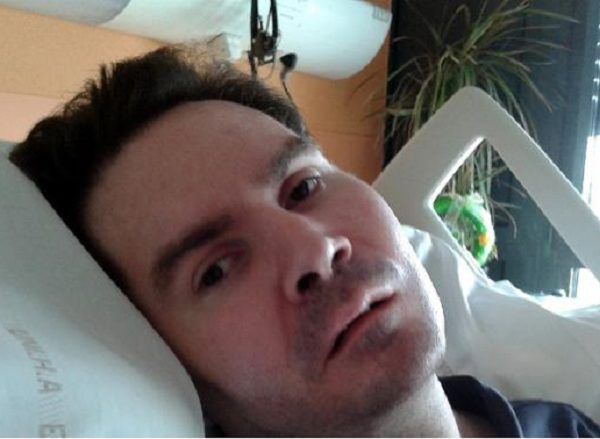 Vincent Lambert, 42, basically would be starved to death if the court’s decision is upheld.

Last week, the French Council of State agreed that the University Hospital of Reims may remove his food and water against his parents’ wishes, Breitbart reports. However, his parents said they plan to appeal to the European Court of Human Rights.

Lambert’s parents have also appealed on “different legal grounds” to the UN’s International Committee for the Protection of the Rights of Persons with Disabilities (CIDPH). “The decision of the Council of State is not final and the decision to cause the death of Vincent Lambert cannot be executed,” their lawyers declared.

Lambert’s family has been battling in court for years over his medical care. Medical experts say he breathes on his own and his organs are functioning normally. His mother, Viviane Lambert, said Vincent also “looks at me” and attempts to “vocalize at length.”

However, his wife and some other family members believe he has no quality of life and should be taken off food and water.

In 2008, Lambert was in a motorcycle accident that caused brain damage. In 2015, his wife petitioned the court to have all treatment and care ceased including food and water. His parents urged that their son be transferred to a rehabilitation center.

In 2015, according to the publication thelocal.fr (a French newspaper printed in English), “Some of his friends and family who are against taking the man off life support uploaded a video to YouTube … that they claim shows Lambert responding to them.” Watch the video here.

Commenting on the case in 2018, Alex Schadenberg, executive director of the Euthanasia Prevention Coalition, said the case amounts to euthanasia.

Last spring, Pope Francis also spoke out on behalf of Lambert and Alfie Evans, a British toddler who died after a hospital removed his life support against his parents’ wishes.

“I entrust to your prayer persons such as Vincent Lambert in France, little Alfie Evans in England, and others in several countries who live, sometimes for a long time, in a state of grave illness, assisted medically for their primary needs,” the pope said.

Pope Francis said the situations are “delicate”, “painful” and “complex,” but he urged society to respect the value of every human life.

Many have compared Lambert’s case to that of Terri Schindler Schiavo in America.

Research in 2018 by the renowned American Academy of Neurology found that about four in 10 people who are thought to be unconscious are actually aware. They estimated the misdiagnosis rate is about 40 percent for people with severe brain injuries, including those diagnosed as persistent vegetative state (PVS), and noted that the misdiagnosis can lead to inappropriate treatment and poor outcomes.

A hopeful sign, approximately one in five people with severe brain injury from trauma will recover with proper treatment – many to the point that they can live at home and care for themselves without help, according to the academy.

← Prev: Activist Obama Judge Issues Order Blocking President Trump’s New Rules Defunding Planned Parenthood Next: Democrats Can’t be Bothered to Stop Infanticide: “We Have All Sorts of Other Issues to Deal With” →