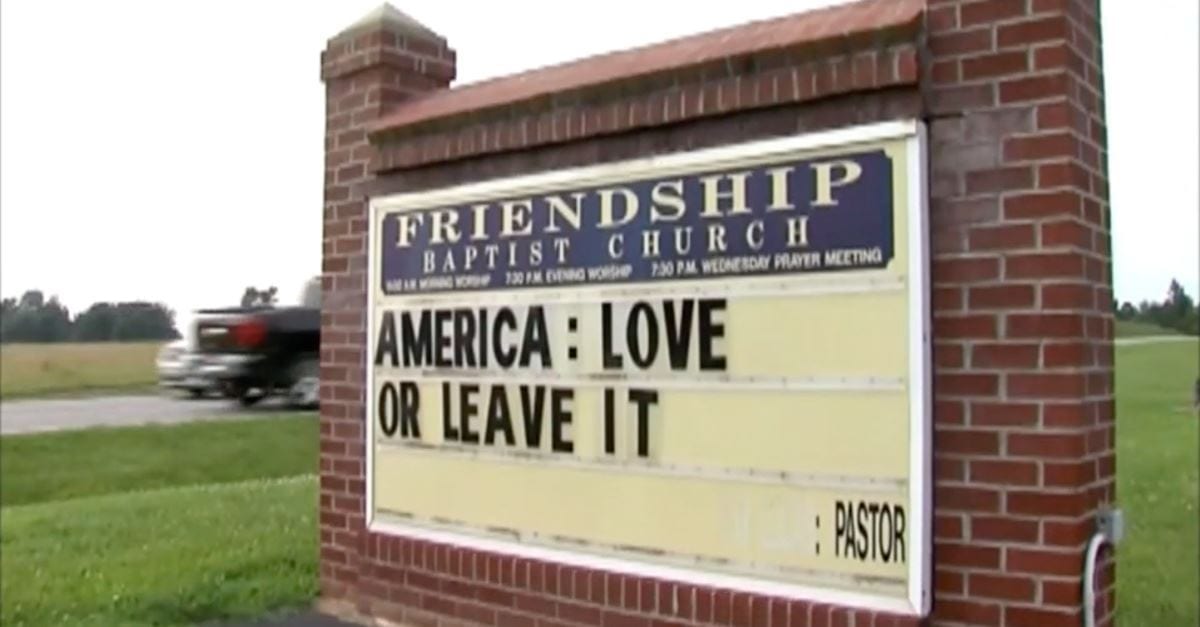 A controversial sign displayed outside a church in Virginia has caused a number of congregants to stage a walkout in protest of the senior pastor.

Pastor E.W. Lucas of Friendship Baptist Church in Appomattox chose to erect a sign which read, “America: Love it or leave it,” in response to President Trump’s controversial comments about four first-year House Democrats.

Addressing the quartet of freshman lawmakers, three of whom were born in the United States, Trump suggested that they should “go back” to the places where they came from. “So interesting to see “Progressive” Democrat Congresswomen, who originally came from countries whose governments are a complete and total catastrophe, the worst, most corrupt and inept anywhere in the world (if they even have a functioning government at all), now loudly and viciously telling the people of the United States, the […]