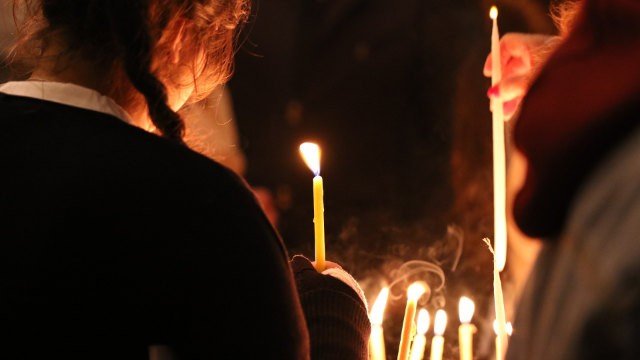 On top of countless tortured to death for their belief, some people in China choose death over life without faith or die attempting to escape persecution. 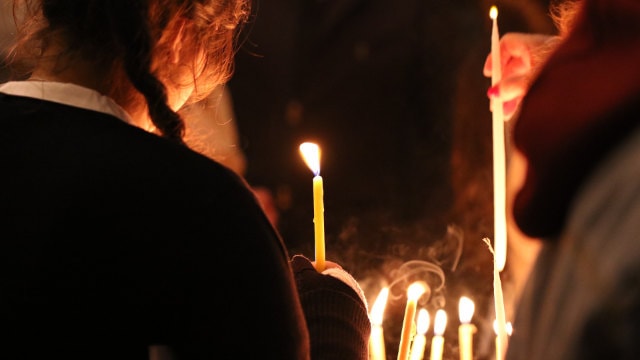 Li Fenglian, 57, a member of The Church of Almighty God (CAG), lived in Yucheng county under the jurisdiction of Yongcheng city in the central province of Henan. She died on May 7, when police officers were trying to apprehend her as part of the provincewide campaign to crack down on CAG believers. Residents from Li Fenglian’s neighborhood recounted to Bitter Winter the events that resulted in her tragic demise.

At around 2 p.m. on that fateful day, about eight police officers came for Ms. Li after they arrested her fellow believer a few days ago and learned that she and the detained had been in contact constantly. The officers knocked on her door, claiming that they were property management personnel. Li Fenglian was inside the apartment but didn’t open the door. The police stayed outside, and at around 7:30 p.m., when one of her family members returned home, they took the opportunity to get inside the apartment. They didn’t find Li Fenglian but took the family member away.

Half an hour later, a neighbor discovered Li Fenglian’s lifeless body in the courtyard of the apartment building. Around her waist was a torn part of a bedsheet, its other part was fastened to a window railing. Presumably, Li Fenglian had attempted to escape by climbing through the window with the help of the sheet, but it ripped, causing her to fall to her death.

The Church of Almighty God – the largest Chinese Christian new religious movement – is severely persecuted, many of its members have been arrested and subjected to brutal torture. Last year alone, more than 20 CAG members were persecuted to death, and some have been sentenced to jail for as long as 15 years. At least 319 CAG members were arrested in Henan Province in the first half of this year.

“An arrest means torture and could even end up in incarceration for several years. If it were me, I too would look for a way to escape,” said a believer who knew Li Fenglian well.

Since the targeted crackdown on religions started last year, numerous Buddhist temples have been sealed off or razed to the ground, statues of deities demolished, and faith-related artifacts destroyed. The crackdown has also affected merchants of Buddhist supplies, authorities destroying their business through prohibitions of Buddhist traditions, such as incense burning in temples.

Guogongying village under the jurisdiction of Baoding city in the northern province of Hebei was home to nearly 200 incense factories – the primary source of income for the residents. As a result of suppression campaigns against Buddhism in China, many incense factories have been forced to close down; only a few dozen managed to survive.

For years, the factories in the village would get large orders ahead of the annual temple festival, held on the third day of the third lunar month each year. This year’s festival was to be held on April 7, but the prohibition of incense burning has left the factories in a problematic situation. One of them has produced incense worth about 100,000 RMB (about $ 14,130) but couldn’t sell them because of the government’s restrictions. The factory owner was in so much stress, that it resulted in a heart attack. He died soon after, at the age of 48.

“His heart was always weak. But with so many products that couldn’t be sold, he was unable to make it through,” the owner’s wife couldn’t hold back tears while talking about her husband’s demise.

Villagers told Bitter Winter that one month before this year’s temple festival, Ethnic and Religious Affairs Bureau officials came to the village to inspect the factories and prohibited them from making incense. The official reason was that “natural gas equipment was installed in the village, and this could cause an explosion.” The officials left only after the festival had ended.

“Some countries are calling on people to reduce incense burning to protect the environment, but the CCP’s barbaric approach of smashing incense burners everywhere and banning incense is different. The CCP is essentially restricting religious activities,” said the owner of one of the incense factories.

Pressured to give up her faith, an elderly woman commits suicide

Since President Xi Jinping came to power, he has continuously strengthened efforts to “clean up” the Party, punishing numerous religious CCP members.

Ms. Zhang from the southwestern province of Sichuan was a member of the CCP for 54 years. In 2011, she found God and joined True Jesus Church, a government-approved Three-Self church.

According to sources close to Ms. Zhang’s family, the 72-year-old woman was criticized repeatedly for her belief in God. At the end of March, she was once again called out and criticized for her faith in front of 100 Party members at a meeting. A village official told her that she should leave the Party if she continues with her religious beliefs, threatening that this move would negatively affect the future of her children and grandchildren.

According to Ms. Zhang’s friends, she looked unwell after the meeting. She complained to a church co-worker that she was too ashamed to see anyone, saying that she might as well be dead. A few days later, the village’s deputy secretary went to speak with her at her home.

On the afternoon of April 2, Ms. Zhang’s family found her unconscious and immediately rushed her to the hospital. It turned out that she had ingested pesticide. Ms. Zhang died on April 19.

“She couldn’t give up her belief in God, but leaving the Party would have affected her children and grandchildren. As a result, she was continuously in a gloomy mood, worrying that her expulsion from the Party would hinder prospects for her family. The government has pushed her to suicide,” one of Ms. Zhang’s family members told Bitter Winter.

From regular believers, broken by continuous intimidations and persecutions, to high-ranking clergy, exhausted from the suffocating control by the regime, more and more faithful become the collateral victims of the CCP’s ruthless abuses. Tragically, they choose death over life without their faith and freedom.