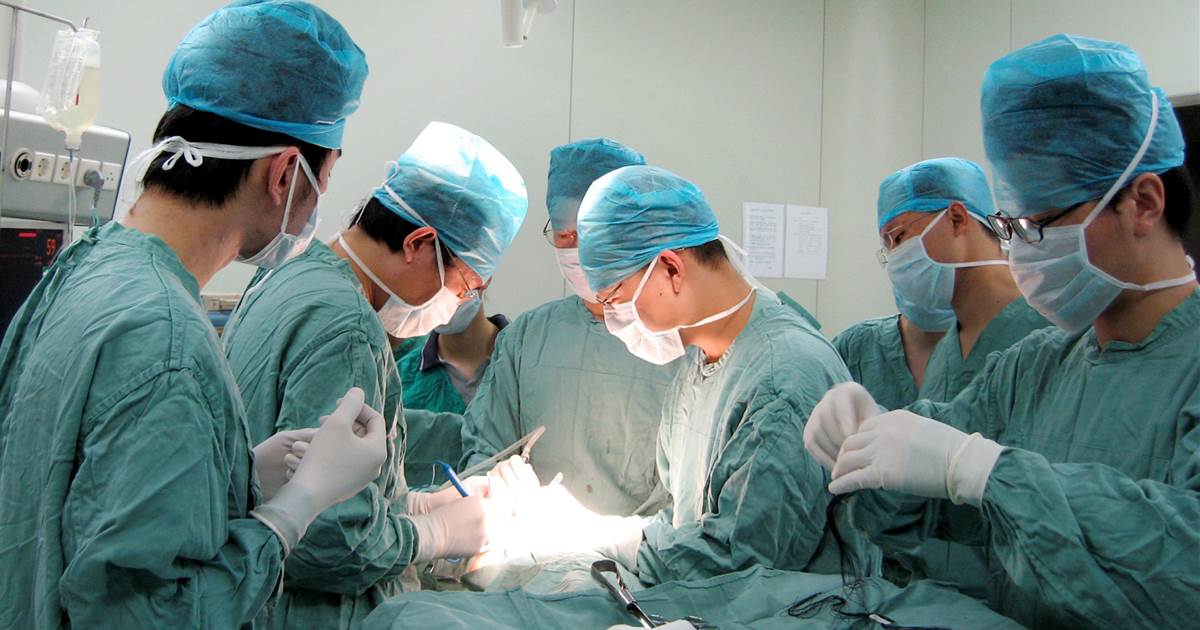 The organs of members of marginalized groups detained in Chinese prison camps are being forcefully harvested — sometimes when patients are still alive, an international tribunal sitting in London has concluded.

Some of the more than 1.5 million detainees in Chinese prison camps are being killed for their organs to serve a booming transplant trade that is worth some $1 billion a year, concluded the China Tribunal, an independent body tasked with investigating organ harvesting from prisoners of conscience in the authoritarian state. “Forced organ harvesting has been committed for years throughout China on a significant scale,” the tribunal concluded in its final judgment Monday. The practice is “of unmatched wickedness — on a death for death basis — with the killings by mass crimes committed in the last century,” it added. In 2014, state media reported that China would phase out the practice of taking organs from executed prisoners and said it would rely instead on a national organ donation system. The Chinese Ministry of Foreign Affairs on Tuesday was not immediately available to comment on the tribunal’s findings. In a statement released alongside the final judgment, the tribunal said many of those affected were practitioners of Falun Gong, a spiritual discipline that China banned in the 1990s and has called an “evil cult.” The tribunal added that it was possible that Uighur Muslims — an ethnic minority who are currently being detained in vast numbers in western China — were also being targeted. The tribunal is chaired by Sir Geoffrey Nice, who worked as a prosecutor at the international tribunal for crimes committed in the former Yugoslavia. “Falun Gong practitioners have been one — and probably the main — source of organ supply,” the judgment read, while “the concerted persecution and medical testing of the […]

Click here to view the original web page at www.nbcnews.com

The Chinese Communist Party (#CCP) is the most bloodthirsty evil entity on the planet second only to the demonstrably evil abortion industry. That being said these to entities and their supporters have at their core a single common motivator that drives their irrational hatred for life and celebration of death. They hate God. The God of the Bible. The God of Abraham, Isaac, and Jacob. The God who sent His only Son, Jesus Christ, to die for mankind’s sin, was buried and was resurrected from the dead three days later bodily never to die again. The One True God.

Those who hate God love death, Proverbs 8:36 says, and the wicked Chinese Communist Party are textbook examples of this Proverb.

Most that write about China’s wickedness are on the right path, point out crucial facts, and speak to the truths of the historical and current atrocities committed by the CCP. But while these articles, blog posts contain good sharable content they have no real power to make a change. Because with all acts of evil, wickedness, and ungodly behavior the issue isn’t fleshly but spiritual. In other words, the answer is never behavior modification but heart transformation because the root problem is mankind’s sinful nature (Romans 5:12) that is in complete opposition to God, rejects Jesus Christ (the Truth), which is exactly where the Chinese Communist Party and their adherents are and they revel in it.

Yes, the problem with China is sin.

The worldview knows only what it can see as the problem; social-economic,  geopolitical, communism and the list goes on but the real problem with China is a spiritual one, and you can’t win a spiritual battle with economic sanctions and a trade war (not saying that they’re necessary). No more then you can change the criminal mind by modifying his or her behavior. You have to change the individual’s heart, you have to change the sin nature that we are all born with and the only power in the universe that can do that is the gospel.

For I am not ashamed of the gospel, for it is the power of God for salvation to everyone who believes, to the Jew first and also to the Greek.

‘Therefore, if anyone is in Christ, he is a new creation; old things have passed away; behold, all things have become new. ‘ 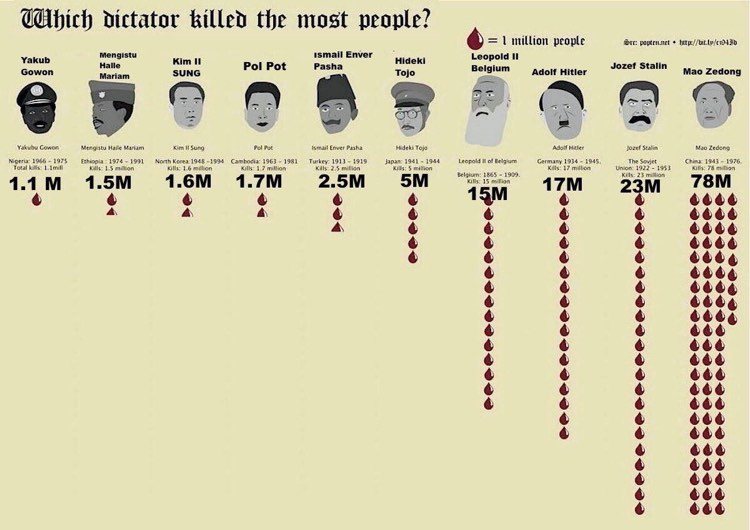 Which Dictator Killed most people?

These are a pretext for the soon coming beast system. An amalgamation of politics, economy & religion. Led by one man, powered by something far more sinister & powerful than China? #CCP

← Prev: I’ve worked the coronavirus front line — and I say it’s time to start opening up Next: For the First Time in History of Minnesota, Muslim Call to Prayer Will Be Blasted Over Outdoor Speaker Five Times a Day Throughout Month of Ramadan →