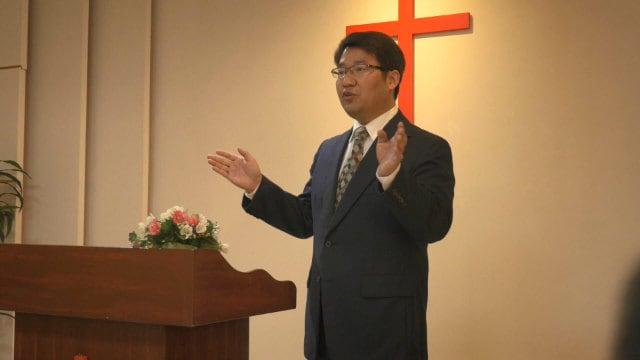 Proclaim the Gospel at all Cost

Sitting here in America or just about any place else in the world it is hard to picture what’s really going on. For a minute just picture your family getting ready to go to Church… you peak outside to see if anyone is watching you… you get into your vehicle and there is a Mesa Police officer following you and your family… you stop at Circle K to get coffee, and snacks for the kids and the same Mesa Police officer is now in the store asking your wife where you’re going?…

…. you get back in your vehicle and begin to pull out onto the main road and boom sirens go off, lights are flashing you get pulled over…. the police officer asks you where you’re going? You tell him to Church… the police officer then asks you to step out of the car.

The police officer then begins to ask you a series of questions. What is the name of the Church?  What is the Pastor’s name? Where is the Church located? Provide me with the first and last names of as many Church members as you can?

Can you even imagine that happening here in America? In your town?

That’s what Christians in China have to deal with on a daily basis. Not sensationalizing this at all CHRISTIANS IN CHINA ARE BEING PERSECUTED EVERY DAY.

Take, for example, the case of a preacher who wished to remain anonymous for security reasons from Xiamen city in Fujian Province in southeastern China, who was harassed repeatedly over the last few months. On November 20, officers from the local police station and sub-district office requested that he register at the Bureau of Religious Affairs, and report to them the identifying information of his church members, as well as their number in total.

“This would mean selling out our brothers and sisters, so there was nothing to discuss,” the preacher said. When he tried to defend his rights by citing the law, the police responded, “What country’s laws are you talking about? I know you’ve studied abroad, but this is China.”

This is an excerpt from an article by Bitter Winter’s Lin Yijiang which of course is a pseudonym or he will be found and arrested.

Prays needed for our brothers and sisters in China.

With all prayer and petition pray at all times in the Spirit, and with this in view, be on the alert with all perseverance and petition for all the saints,

Hundreds of Chinese Pastors have signed a declaration of faith addressed to the CCP, Chinese Communist Government. Below is a portion of this amazingly powerful statement that gives all the Glory to God. It’s no wonder members of the Body of Christ in China remain faithful under intense persecution.

For the sake of faith and conscience, for the spiritual benefits of the authorities in China and of society as a whole, and ultimately for the glory, holiness, and righteousness of God, we make the following declaration to the Chinese government and to all of society:

Christian churches in China believe unconditionally that the Bible is the Word and Revelation of God. It is the source and final authority of all righteousness, ethics, and salvation. If the will of any political party, the laws of any government, or the commands of any man directly violate the teachings of the Bible, harming men’s souls and opposing the gospel proclaimed by the church, we are obligated to obey God rather than men, and we are obligated to teach all members of the church to do the same.

Beloved, do not be surprised at the fiery ordeal among you, which comes upon you for your testing, as though some strange thing were happening to you. (Read 1 Peter 4:12-19.)

← Prev: The Social Justice Gospel is Destructive Because It's A Lie Next: The War on the Unborn By An Evil Consortium →