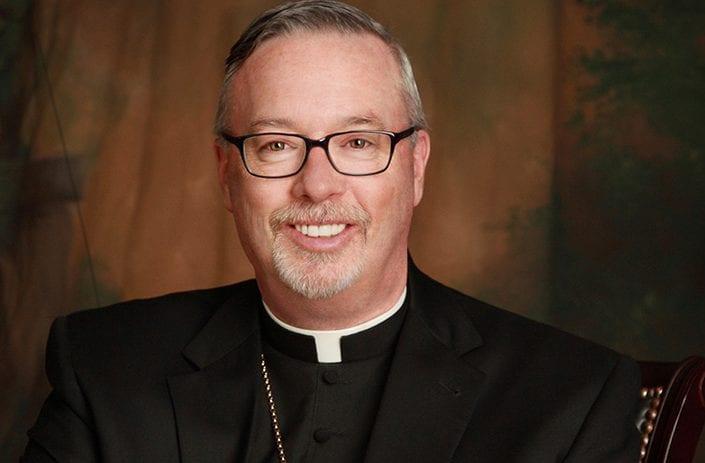 A Vermont Catholic bishop slammed a radical pro-abortion bill this week that essentially would allow infanticide in the state.

“[The bill] would legislate that right to an abortion — to infanticide — not be ‘denied, restricted or infringed by any government entity,’” Coyne said.

State House Bill 57 is similar to a law that New York Gov. Andrew Cuomo signed in January. It would recognize abortion as a “fundamental human right” and ensure that the government does not deny, restrict or infringe upon a woman’s “right” to abort her unborn baby.

Vermont already is one of the few states that allows unrestricted abortions up to birth. The bill would codify this into state law.

“The significant change in passing this legislation will not be in what is legal in Vermont,” said Mary Hahn Beerworth, executive director of the Vermont Right to Life Committee, previously. “The change is that the Vermont Legislature will move from passive acceptance of unrestricted abortion to intentional enactment.”

That is completely unacceptable, Coyne said. If it passes in Vermont, it “means that a baby in the womb can be terminated right up to the moment of natural birth. My friends, that is not abortion. That is infanticide,” he continued.

Quoting the Catechism of the Catholic Church, the bishop emphasized that every human life is valuable and deserving of protection.

“You are also aware that the teaching and ministry of the Catholic Church since the first century has affirmed the moral evil of every procured abortion,” he said. “This teaching has not changed and remains unchangeable. Direct abortion, that is to say, abortion willed either as an end or a means, is gravely contrary to the moral law.”

Despite growing protests, a Vermont House committee passed the bill earlier this week in an 8-3 vote.

Polls indicate the legislation is radically out of touch with most Americans’ views on abortion. According to a national poll by Marist University, three in four Americans (75 percent) say abortion should be limited to – at most – the first three months of pregnancy. This includes most Republicans (92 percent), Independents (78 percent) and a majority of Democrats (60 percent). It also includes more than six in 10 (61 percent) who identify as “pro-choice” on abortion.

A May 2018 Gallup poll found that 53 percent of Americans oppose all or most abortions.

Similar bills are being considered in New Mexico, Rhode Island and Massachusetts.

ACTION: Contact the Vermont legislature here with your opposition.