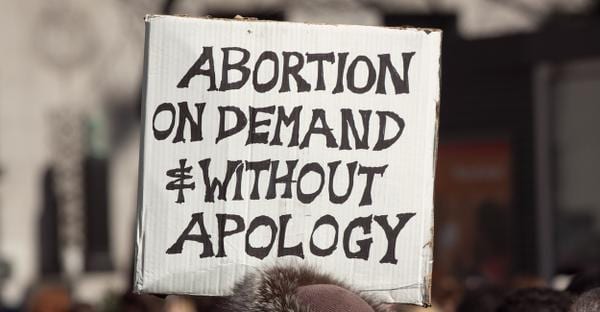 This topic was posted about a month ago and many thought it was ridiculous and would never pass the Senate. Well it passed and unlike former Governor Jerry Brown who vetoed the bill in 2018. New California Governor Gavin Newsom, will sign this bill into law. The Democratic Party will not stop, when they lose in court they don’t consider it a loss at all, it’s just a temporary delay to the inevitable…a literal “abortion on demand and anywhere at any time” EVEN AT CHURCH!

On Wednesday, the state Senate Education Committee approved the pro-abortion bill in a 5-2 party-line vote.

California Senate Bill 24 would require all public colleges and universities in California to provide abortion drugs to students on campus. It would require that the drugs be offered for free to students up to 10 weeks of pregnancy by the deadline of Jan. 1, 2023. State Sen. Connie Leyva is the sponsor.

“While some legislators in other states are actively turning their backs on the needs of women, I thank my Senate Education Committee colleagues for approving SB 24, which supports the academic and personal success of college students by ensuring that reproductive health services are available to all students who might need them without unnecessary barriers,” Leyva told Newsweek.

The bill now moves to the state Senate Appropriations Committee for consideration.

Leyva claimed her bill is “critically important” to college students because they can face “unnecessary barriers” to getting abortions.

A pro-abortion Democrat, Leyva pushed similar legislation in 2018. However, former Gov. Jerry Brown vetoed it, saying the measure was “not necessary” because abortions already are easily accessible to college students in California.

In his veto message, Brown pointed to a study sponsored by the supporters of the bill showing that the average distance to an abortion facility from campus was between 5 and 7 miles.

Earlier this month, pro-life advocates urged the committee to consider the potential risks and liabilities of forcing colleges to provide abortion drugs.

Marylee Shrider, political advocacy chair for Californians for Life, cited FDA statistics showing the serious risks associated with abortion drugs. The FDA has documented at least 4,000 cases of serious adverse events, including more than 1,000 women who required hospitalization; in addition, at least 22 women died after using the drug.

“Medication abortions on college campuses are not only unnecessary, but they are also contraindicated,” Shrider said.

She also pointed to Brown’s statement debunking the notion that students have to travel hours to get abortions.

California is one of the most radical states in regards to abortion access. Later term, elective abortions are legal, and girls as young as age 12 can obtain abortions without parental knowledge or consent.

ACTION: Contact California state lawmakers in opposition to the bill.