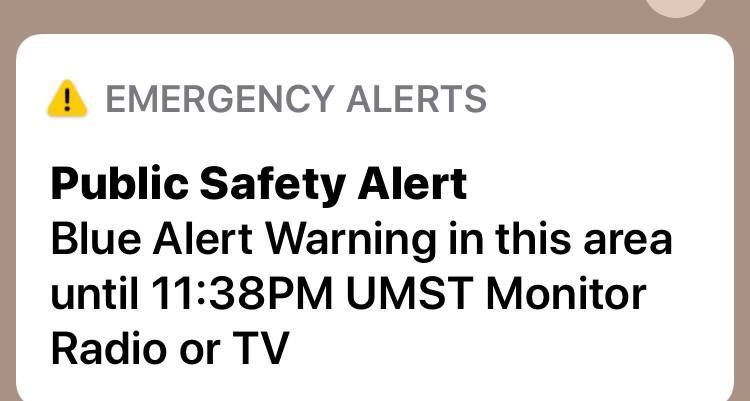 PHOENIX – Authorities issued a Blue Alert on Thursday after a shooting involving an Arizona state trooper in a Phoenix residential area. One suspect was in custody and another was at-large after the incident near 37th Avenue and Portland Street, Department of Public Safety Capt. Jesse Galvez told KTAR News 92.3 FM. At around 9 a.m., a teenage male got out of a car and fired multiple shots with an “assault rifle” at DPS detectives in a vehicle, who returned fire, Galvez said. The 17-year-old suspected shooter was taken into custody and the weapon was seized,

Click here to view the original web page at ktar.com

Prayers go out to all law enforcement

Police officers literally put their lives in harm’s way daily. “Willingly”… they don’t have too!

‘Greater love has no one than this, than to lay down one’s life for his friends. ‘

First responders by definition are courageous and deserver our prayers of protection.

‘The wicked flee when no one pursues, But the righteous are bold as a lion.’

← Prev: Sons of a Police Officer and firefighter carry flags onto the field at 9/11 game and get suspended Next: Good Stuff: Hospice Nurse Who Prayed for Baby With Short Life Expectancy Takes His Graduation Photos 17 Years Later →