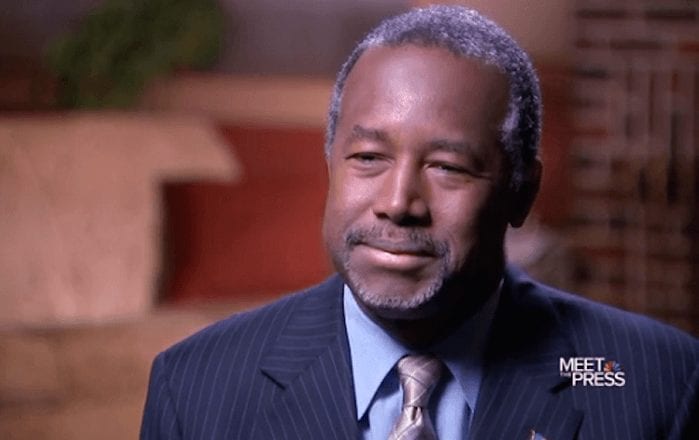 Dr. Ben Carson praised pro-life advocates as modern-day abolitionists who fight for the rights of babies in the womb Friday during the 2019 Faith & Freedom Coalition conference in Washington, D.C. Carson, secretary of the U.S. Department of Housing and Urban Development, a neurosurgeon and pro-life advocate, encouraged pro-lifers as he denounced the radical pro-abortion agenda of the left, according to the Christian Post .

“How in the world did we as a society get to that point?” he continued. “We have to be willing to talk about these things. It is our willingness to talk about them and to stand up for people’s rights that has resulted in this becoming the nation that this has become.”

He said the abortion issue today is like the problem of slavery in the 1800s, where certain human beings were denied basic rights.

“People who were slave owners thought that [since] they owned slaves, that they were property, that they could do anything they wanted to them, they beat them, raped them, killed them. Whatever they wanted to do, it was OK because they belonged to them,” Carson said.

← Prev: I Met President Trump and Represented Almost 270 People Who Have Survived Abortions Next: Americans Don’t Want Biden, Warren, Harris or Any Democrat Demanding Unlimited Abortions Up to Birth →