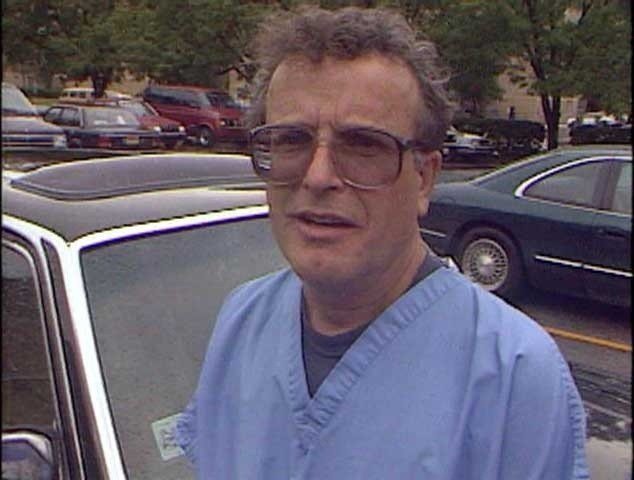 Attorneys General in the states of Illinois and Indiana say they will investigate the gruesome discovery of over 2,200 preserved aborted babies found in the home of abortionist Ulrich Klopfer after he died earlier this month.

Police say 2,246 medically preserved remains of aborted babies were found on the property of Klopfer’s home. Klopfer died on September 3rd and, on September 12, the Will County (Illinois) Coroner’s Office received a call from an attorney representing his family. They reported finding fetal remains among Klopfer’s personal property and requested proper removal.

Will County sheriff’s detectives, crime scene investigators and representatives from the coroner’s office went to the address and were directed to an area of the property where 2,246 medically preserved aborted children were located. The coroner’s office took possession of the remains.

Yesterday, Indiana legislators sought an investigation to determine what happened and whether the aborted babies were illegally transported across state lines from Klopfer’s Indiana-based abortion facility to his Illinois home.

“The revelation of over 2,200 fetal remains being found on the property of the late Dr. Klopfer in Illinois is seriously disturbing,” State Rep. Ron Bacon, R-Chandler, said in a news release. “Since these remains were found in Illinois, we are very concerned there may be other remains in the Indiana clinics where he performed abortions.”

Now, the attorneys general of Illinois and Indiana say they will launch a probe.

Indiana’s attorney general said Monday that he will work with his Illinois counterpart to investigate what he called the “grisly discovery” of more than 2,000 medically preserved fetal remains at the Illinois home of a late doctor who performed abortions in Indiana.

Republican Attorney General Curtis Hill said he and Democratic Illinois Attorney General Kwame Raoul have “agreed to work together” as Hill’s office coordinates an investigation of the remains found at the home of Dr. Ulrich Klopfer, who died Sept. 3.

“The grisly discovery of these fetal remains at the Illinois home of a deceased abortion doctor shocks the conscience. Further, we have reason to believe there is an Indiana connection to these remains,” he said in a statement.

Hill’s statement did not elaborate on what specifically would be investigated. Raoul’s office said it has agreed to assist Hill with contacting authorities in Illinois.

Judd Deere, a White House spokesman, issued a statement Monday evening decrying the situation and calling for a full investigation to determine if anyone else was involved and whether crimes were committed.

Republican Gov. Eric Holcomb issued a statement saying he was “deeply disturbed” by the discovery of the fetal remains and that he supports “calls for a federal investigation.” His statement followed Republican U.S. Rep. Jackie Walorski’s request Saturday that state and federal authorities “conduct a full investigation into this case and take any steps necessary to protect Hoosiers, including the unborn, from unsafe practitioners.”

Indiana law requires burial or cremation of babies killed in abortions — a law the Supreme Court has upheld.

He told LifeNews: “We are horrified by the reports of over 2,000 fetal remains being found on the property of Dr. Ulrich Klopfer, a man who operated abortion facilities in Gary, South Bend and Fort Wayne. These sickening reports underscore why the abortion industry must be held to the highest scrutiny. We are calling on Indiana authorities to join in the investigation to determine if these fetal remains have any connection to abortion operations, or personnel, in Indiana.”

“Klopfer’s actions undoubtedly violated Indiana medical waste laws, but he didn’t care. Nor did he care that thousands of his patients did not giv consent to allowing him to take the bodies of their deceased infants across state lines for an unknown reason. Was it for the purpose of personal, bizarre experimentation? Something else?” he asked. “He was effectively running an unlicensed cemetery.”

“We’re all aware (or should be) of the horrors committed by abortionist Kermit Gosnell at his clinic in Philadelphia. But Gosnell wasn’t the beginning of the terrible story of abortion in America, and Ulrich Klopfer won’t be the end of it,” he said.

This isn’t the first time Klopfer was found to have stored the remains of aborted babies. Police executed a search warrant on Ulrich G. Klopfer’s Women’s Pavilion abortion clinic in South Bend, Indiana, seizing documents and other property on Wednesday, on March 19, 2014.

Police from the St. Joseph County Special Victims Unit participated in the raid. It is unknown exactly what kind of documents or other evidence the search warrant allowed police to take. According to news reports, the police apparently made copies of the seized documents and returned the originals to Klopfer.

The raid came after inspections of his abortion center in 2010 and 2012 found him storing the remains of an aborted baby in the fridge next to medications.

When he was doing abortions, the Indiana Medical Licensing Board called on the Indiana Attorney General’s office to investigate allegations that Dr. Ulrich Klopfer, operator of three Indiana abortion clinics, was running afoul of state laws. Klopfer failed to report a statutory rape as required by Indiana law. He eventually lost his license as a result.

Klopfer, an Illinois resident, operated abortion facilities for decades in Gary, Fort Wayne and South Bend. Klopfer lost his Fort Wayne back-up physician with admitting privileges, required by an Allen County ordinance and state code, in December 2013, rendering him unable to do abortions in Fort Wayne in 2014 and 2015.

“Years of shoddy abortion practices have finally caught up with Dr. Klopfer,” said Cathie Humbarger, Indiana Right to Life’s Vice President of Policy Enforcement, said at the time. “Klopfer compromised the health and safety of women who sought abortions from him in Gary, Fort Wayne and South Bend, and we’re relieved he is finally being shut down. Hoosier women deserve better. We extend our appreciation to the Pence administration and the ISDH for refusing to sweep Klopfer’s shady practices under the rug. It’s a good day for the health and safety of Hoosier women.”