Andrew Cuomo: Don’t Criticize Me for Abortions Up to Birth Because “I Was an Altar Boy” 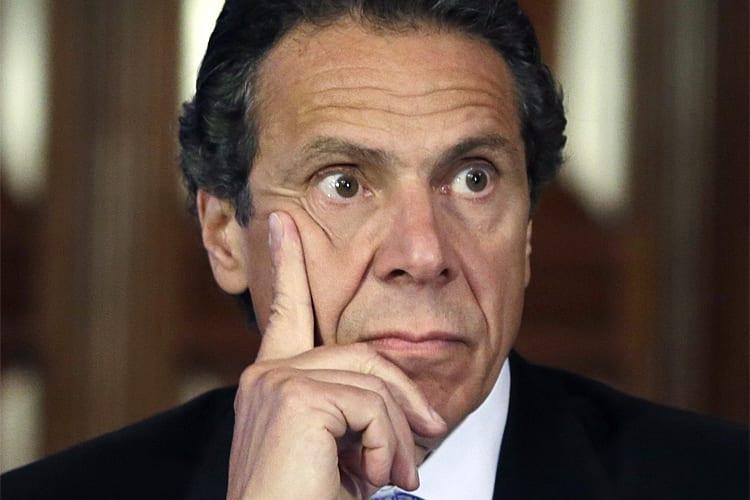 No public official in America is more pro-abortion than New York Governor Andrew Cuomo. He proved that again today when he penned a rousing op-ed in the New York Times defending abortion at any time and for virtually any reason. He also distorted the truth about the bill he championed.

Cuomo says that bills like the one he signed “merely codify existing federal law and firmly established practices.” Nonsense.

Cuomo’s bill goes beyond Roe v. Wade by allowing babies born alive as a result of a botched abortion to die without medical intervention. It also allows persons who never went to medical school to perform abortions: The 1973 decision does not authorize non-physicians to perform abortions.

Cuomo says his bill permits abortion after 24 weeks “only when a woman’s life or health is threatened or at risk.” He knows exactly what that means. It means that any abortionist can “decide” that the woman’s mental health may be at risk—she may suffer depression—if she has to take care of the baby she doesn’t want.

Amherst professor and Catholic League advisory board member Hadley Arkes has a piece today in The Catholic Thing that recalls what happened in the 1970s when a child survived an abortion for twenty days. Did the attending doctor have an obligation to save the baby?

Arkes notes that Circuit Court Judge Clement Haynsworth ruled that once the woman decides she wants her child aborted, “the fetus in this case was not a person whose life state law could protect.” Arkes rightly explains that “In other words, the right to an abortion was the right to an ‘effective abortion’ or a dead child.”

Cuomo obviously sides with Haynsworth, which is why his bill would allow for infanticide. He should admit it and stop pretending otherwise.

Would anyone in his right mind allow a dental assistant to do a root canal? Why, then, is it morally acceptable to allow non-physicians to perform abortions? If, as often happens, there are complications—the woman is bleeding badly and needs a doctor to attend to her—how will the staff explain to her family that they did not have the training to help her?

If Cuomo’s defense of this bill isn’t objectionable enough, his history of trotting out his Catholic credentials—which are now in tatters—is obnoxious. He tells us again about being an altar boy, as if that gives him a pass to publicly flout the Church’s teaching on abortion.

Cuomo digs himself in even deeper when he contends that he makes decisions “based on my personal moral and religious beliefs.” But those religious beliefs are not in any way Catholic, at least not when it comes to issues like abortion and marriage.

SIGN THE PETITION: Excommunicate Andrew Cuomo for Legalizing Abortions Up to Birth

Echoing his father, Mario, he says, “I do not believe that religious values should drive political positions.” But abortion is about biology, not religion. Is Cuomo allowing his religion to drive his objections to the death penalty? Both he and the Catholic Church are opposed to it.

Citing his allegiance to separation of church and state, he says “the country cannot function if religious officials are dictating policy to elected officials.” Who is dictating policy to him? He mentions New York Archbishop Timothy Cardinal Dolan in his article. If he has evidence that Dolan is dictating to him, he should hold a press conference and share it with us. Otherwise, he needs to stop with the drama.

Telling the truth about this subject is a real challenge for Cuomo. He writes that most Catholics, like most Americans, support Roe v. Wade. Wrong. That decision allows abortion for virtually any reason through term, and that is not what most Americans want.

In 2013, an NBC/Wall Street Journal poll found that seven in ten Americans believe Roe should stand (this is the kind of survey Cuomo leans on). But when asked whether there should be exceptions, 67 percent said there should be, thus disagreeing with what Roe allows.

In 2018, Gallup found that a majority of Americans, 53%, said that abortion should be legal in only a few circumstances (35%) or in no circumstances (18%). This means that most Americans reject abortion-on-demand, thus rejecting the sweeping scope of Roe.

For reasons that only he can explain, Cuomo has laid anchor on abortion, promoting it with a vigor that is unnerving even to those who are “pro-choice.” He needs to talk to someone. A priest would help.

LifeNews Note: Bill Donohue is the president of the Catholic League for Religious and Civil Rights.

← Prev: British Abortion Biz Wants to Legalize Abortions Up to Birth in UK Like New York Did Next: Over 1,000 Pro-Life People Rally Against Infanticide at Virginia State Capitol →