America’s Most Daring Missionary Praises VP Pence for His ‘Faith, Humility… and Motivation to Act’ 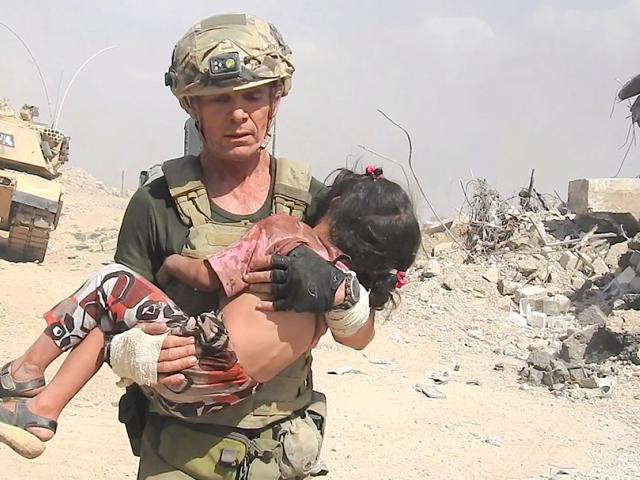 “We could feel the presence of God” is how Free Burma Ranger founder Dave Eubank reacted to his recent visit to the White House for the second annual Ministerial to Advance Religious Freedom.

Eubank has been featured on Faithwire several times in the past, as his love for the Lord and bold faith in the face of dangerous conflict zones is nothing short of inspirational.

He regularly puts himself in harm’s way, as his mission work often places him in conflict zones helping those in need. Most famously, however, Eubank achieved notoriety after a harrowing video clip showed him running through ISIS gunfire to save a child trapped underneath her deceased mother’s body. Iraqi citizens attempting to escape Mosul were mercilessly gunned down as they attempted to flee.

Last month the White House welcomed a remarkable group of people at the second annual Ministerial to Advance Religious Freedom. Featured guests included several who likely have the Trump Administration to thank for being alive. Among those were Pastor Andrew Brunson, who was held in a Turkish prison on bogus charges of aiding terrorism, and was finally released after two years behind bars.

We gather today as people who believe in freedom of religion and also the power of faith. As Vice President of the United States, I stand for the freedom of religion that animated the American founding and is enshrined in our Bill of Rights. But this is a special day for me as well because, on a personal level, my faith in Jesus Christ has brought meaning and purpose to me and my family every day of my life.