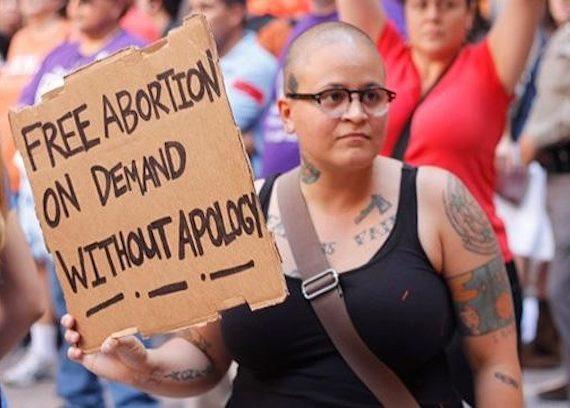 Anchorage Daily News reports the Alaska Supreme Court upheld a ruling blocking the laws on Friday, arguing that they are “under-inclusive.”

“The statute and regulation single out only one among multiple purportedly ‘elective’ procedures available to pregnant women for restrictive funding requirements,” the court wrote.

Alaska lawmakers tried to restrict taxpayer-funded abortions through Medicaid in 2015 and 2016 by requiring that abortions only be paid for by taxpayers if there are specific risks to a woman’s physical or psychological health, according to the report.

“Nothing in Alaska’s equal protection clause requires the state to subsidize non-medically-necessary abortions for Medicaid-eligible women simply because it provides them with medically necessary healthcare,” he wrote in his dissent.

Alaska’s taxpayer-funded abortion requirement is based on a previous state Supreme Court ruling. In 2001, the court decided that the state must cover all “medically necessary” abortions in its Medicaid program, even if the federal government does not.

State lawmakers tried to define “medically necessary” in their laws in 2015 and 2016, but the court rejected their attempts in its ruling Friday.

Bob Flint, an Alaska lawyer and a founding member of the Anchorage St. Thomas More Society, described the problem in a 2013 column at LifeNews.com:

The 2001 Alaska decision … left a big loophole for the state executive or legislative branch to close. The court distinguished between “medically necessary” and “elective” abortions. The first, it ruled, must be paid but not the second. The problem is that abortion doctors routinely consider all abortions “medically necessary,” even those performed for economic and psychological reasons, or no reason except personal preference. Jan Whitefield, Alaska’s leading abortion doctor, has so testified in court. The state rubber stamps and pays an abortionist’s bill, no questions asked.

He said state taxpayers paid for at least 623 unborn babies to be aborted in 2011, nearly 40 percent of all abortions in the state.

Alaska is one of 16 states that forces taxpayers to fund elective abortions through Medicaid. West Virginia was on the list until last year when voters approved a state constitutional amendment to end taxpayer-funded abortions.