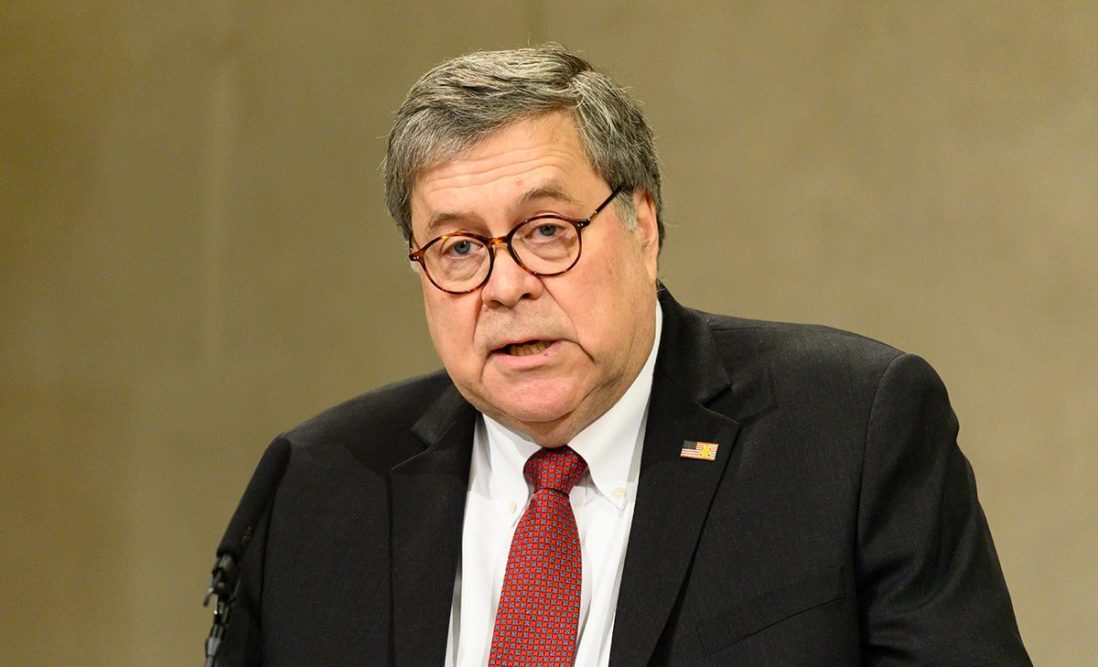 Attorney General William Barr called out “militant secularists” in a speech about religious liberty in America at Notre Dame Law School, saying that “over the past 50 years, religion has been under increasing attack.” “The campaign to destroy the traditional moral order has brought with it immense suffering, wreckage and misery. And yet, the forces of secularism, ignoring these tragic results, press on with even greater militancy,” said Barr in the Oct. 11 address. “Among these militant secularists are many so-called ‘progressives,’” he continued. “But where is the progress? We are told we are living in a post-Christian era. But what has replaced the Judeo-Christian moral system? What is it that can fill the spiritual void in the hearts of the individual person? And, what is a system of values that can sustain human social life?” Barr said the […]

← Prev: Former Fox News Host Greta Van Susteren Calls Out Chris Wallace for ‘Smearing Trump’ Next: ‘Spiritual Darkness is Surrounding Everything’: Despite Warning, Hillsong Pastor Explains Why You Should Let Your Child Trick-or-Treat →