After Legalizing Abortions Up to Birth, New York Wants to Shut Down Christian Adoption Agency 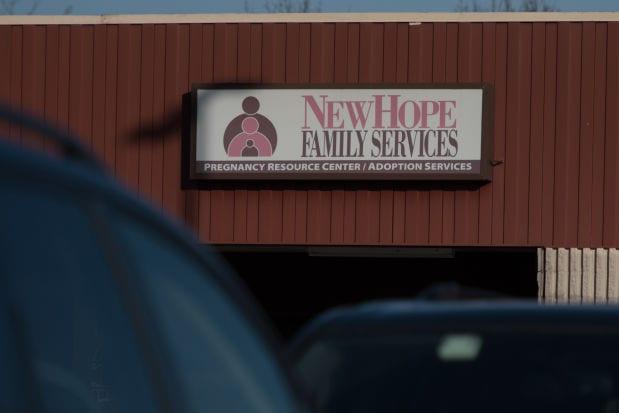 Alliance Defending Freedom attorneys representing a faith-based adoption provider will be available for media interviews after a federal court hearing Tuesday in New Hope Family Services’ lawsuit against the state of New York. New Hope asked the court in December to stop the state from targeting it for its religious beliefs and to preserve its ability to continue placing children in adoptive homes while the lawsuit moves forward.

The New York State Office of Children and Family Services has singled out the religious nonprofit for its policy prioritizing the placement of children it serves in homes with a married mother and father and has threatened to force New Hope to immediately phase out its adoption program.

“Every child deserves a permanent home with loving parents,” said ADF Legal Counsel Jeana Hallock. “For over 50 years, New Hope has served children and families throughout the state of New York by offering a comprehensive, ‘arm-around-the-shoulder’ ministry and walking with both birth parents and adoptive parents to place children in forever homes. Protecting this religious nonprofit does nothing to interfere with other adoption providers. Banishing New Hope as a faith-based adoption provider, however, means fewer kids will find permanent homes, fewer adoptive parents will ever welcome their new child, and fewer birth parents will enjoy the exceptional support that New Hope has offered for decades. In short, everyone loses if the government forces New Hope to shut down.”

New Hope operates as a pregnancy resource center, temporary-foster-placement agency, and adoption agency. The nonprofit has never accepted state funding and, besides the fees paid by adoptive parents, funds its ministry through support from churches, individual donors, and private grants. According to the lawsuit, New Hope Family Services v. Poole, the state adoption agency sent New Hope a letter following a site visit and praised the nonprofit for “a number of strengths in providing adoption services within the community. One of which is the strong emphasis on assisting the birth parents in making an informed decision for their newborn, providing them time to make the decision, along with a supportive and detailed adoptive family selection process.”

OCFS changed course later when it reviewed New Hope’s policy and procedures manual and singled out the nonprofit’s policy regarding child placements. OCFS described the policy as “discriminatory and impermissible” despite the fact that it respectfully refers couples to other providers and has faced no formal complaints from prospective parents due to the policy. OCFS provided an ultimatum that New Hope revise its policy or submit a close-out plan for its adoption program.

“There’s no reason for the state to single out and punish those whose faith teaches them that the best home for a child includes a married father and mother,” said ADF Senior Counsel Roger Brooks, who will argue at Tuesday’s hearing on behalf of New Hope Family Services. “Adoption providers exist to assist children, not to affirm the desires of adults. Children in Syracuse, throughout New York, and across the country will suffer if this discrimination and hostility toward faith-based adoption providers becomes the status quo.”

ADF attorneys are asking the court to protect New Hope from being singled out, punished, or disfavored because of its religious beliefs—beliefs that motivate its care for women facing unplanned pregnancies and their children. ← Prev: Report on Covington Students Finds “No Evidence” of “Offensive or Racist Statements” Next: Four Black Americans dedicated to making abortion a thing of the past →