Actress Rose McGowan: “I Am Not Ashamed” I Killed My Baby in an Abortion 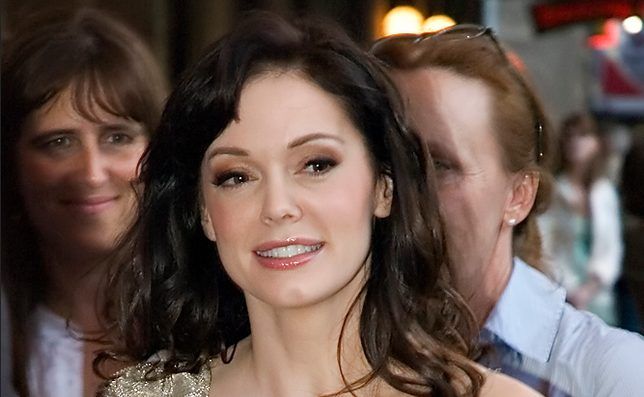 Actress Rose McGowan publicly proclaimed Friday that she is “not ashamed” that she once aborted an unborn baby.

McGowan, known for her roles in “Charmed” and “Scream,” shared her abortion story Friday on Twitter, ET Canada reports. She wrote it in response to a tweet by the pro-abortion group UltraViolet, which claimed abortions are “normal” and “safe.”

“I have had an abortion and I support this message,” McGowan wrote. “I am not ashamed, nor should you be. That 60% of those who choose to have abortions are already mothers says a lot—they understand more than anyone.”

I have had an abortion and I support this message. I am not ashamed, nor should you be. That 60% of those who choose to have abortions are already mothers says a lot- they understand more than anyone. I was on birth control and it failed. I realized I could not bring a child- https://t.co/1htbtTROcU

“I realized I could not bring a child into my world and simultaneously change the world,” she wrote. “I do not regret my decision and it was not made lightly. If you do not want an abortion, don’t get one. My body, my choice, my life. Have you had to make a choice? Let’s talk and use hashtag #HonestAbortion”

SUPPORT LIFENEWS! To take on the abortion culture, please help LifeNews.com with a donation!

Over the past few days, she has shared the stories of other women who also say they do not regret aborting their unborn babies.

Sharing no-regrets abortion stories has become popular among celebrities and in the mainstream media, but the movement ignores and even silences the countless women who regret aborting their unborn babies.

Though it receives little publicity, the Silent No More Awareness Campaign has existed for many years to allow individuals to share publicly about their abortion regrets. Many of these post-abortion individuals are leaders in the pro-life movement now. They share their stories as a warning to others about the pain, deep regret and irreversible loss of an unborn baby in an abortion.

But no matter how an abortion makes a woman feel, her abortion destroyed her unborn child – a living human being who already had his/her own unique DNA and a heartbeat. Killing an innocent human being is wrong, and the value of a child’s life should not be based on his/her parents’ feelings about them. Unfortunately, that truth has been lost in a culture that celebrates abortion on demand. ← Prev: THE DEMONIC LEFTIST DEMOCRATS HAVE THE GALL TO ADVERTISE PLANNED PARENTHOOD ON SCHOOL IDENTIFICATION Next: Colombia Has Legalized Euthanasia of Children, Allows Doctors to Kill Kids Over 6 Years-Old →