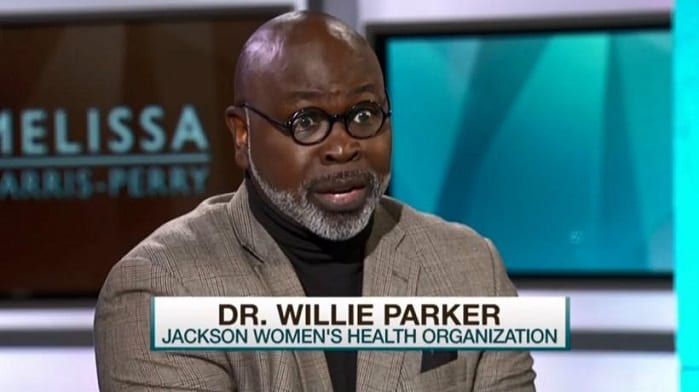 Abortionist Willie Parker calls himself Christian and recently claimed the parable of the Good Samaritan inspired him to kill babies in abortions.

Parker made the comment during a debate with Professor Mike Adams at the University of North Carolina at Wilmington. Summit Ministries and Ratio Christi hosted the event. An abortionist in Mississippi and Alabama, Parker often claims he is a devout Christian. Once, he even called his abortion practice a “ministry.”

During the debate, Parker made a wild claim — that a parable Jesus told of a man who helped someone downtrodden inspired him to make a career out of abortion. As ChristianHeadlines reports:

Parker listed other facts that persuaded him: “one in four women” will have an abortion by the time they’re 45, maternal mortality “in this country is at an all-time high,” and illegal abortions are unsafe.

“As someone who has chosen medicine at the craft, I have an ethical responsibility to provide healthcare to that woman,” Parker said. “And as a Christian, I’m thrilled that I have the moral responsibility to provide compassionate care to that woman, even in the face of people who stridently disagree with me, many of who share the same faith identity with me, and many of who stand silent or stand with disregard as 11 people have been murdered in the course of providing abortion care or seeking it.”

Professor Adams took exception to the comments and thought Parker’s exploitation of the parable was a warped and twisted bastardization of its meaning.

During the debate, Parker admitted to – and defended – killing human beings.

At another point, Adams asked Parker, “How many innocent human beings have you intentionally killed?”

Parker initially said he was not sure, but later he estimated the total at about 20,000. ← Prev: Colombia Has Legalized Euthanasia of Children, Allows Doctors to Kill Kids Over 6 Years-Old Next: Record Number of People Killed in Assisted Suicide in Oregon, And the Number Could be Higher →