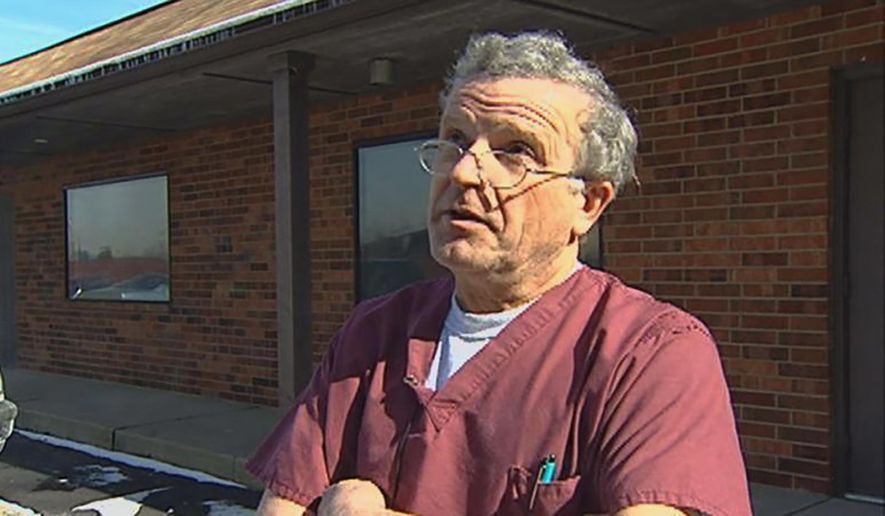 Americans are reacting in disgust at the discovery of more than 2,000 fetal remains uncovered at the home of a deceased abortion doctor.

Late last week in Illinois, the family of Dr. Ulrich Klopfer happened upon the fetal remains and contacted the Will County Coroner’s Office, which launched an investigation. According to the sheriff’s department, the family is cooperating with the investigation and there is no evidence that abortions took place on Klopfer’s property.

Klopfer died on Sept. 3. Though a resident of Illinois at the time of his passing, he practiced at various clinics in Indiana for many years. The South Bend Tribune had described him as “likely Indiana’s most prolific abortion doctor.”

His reasons for storing the bodies of thousands of aborted babies at his home remains unclear. What is clear, however, is that Klopfer performed abortions on a staggeringly industrial scale, “with numbers going into the tens of thousands of procedures in multiple counties over several decades.”

In 2016, Klopfer’s medical license was suspended for violating a number of notice and documentation requirements. At one point during his practice, he performed an abortion on a 10-year-old girl who had been raped by her uncle, according to the South Bend Tribune.

A surveyor who inspected one of his clinics described it as “rundown, not well-maintained,” and with a number of deficiencies, which included “equipment not being properly maintained; expired medications in an emergency drug kit; lack of infection control practices; no log of cleaning procedure rooms; and incomplete personnel policies.”

At the time of his suspension, an Indiana Medical Licensing Board member spoke of Klopfer’s “professional incompetence.”

Well, that’s one way to put it.

Beyond that, this disturbing discovery reminds us that abortion victims rarely receive humane, dignified treatment after the procedure that ends their lives.

In recent years, a number of states, including Alabama, Arkansas, Idaho, Indiana, Louisiana, North Carolina, North Dakota, Ohio, Oklahoma, and Texas have enacted fetal burial laws, which recognize that the bodies of pre-born children are, in fact, human and should be treated accordingly—not disposed of along with used needles, surgical products, and animal carcasses (or in the case of Klopfer, kept preserved in the abortionist’s home).

Less than four months ago, the Supreme Court upheld an Indiana law that requires proper burial of abortion victims. It appears that Klopfer, whose license was suspended in 2016, had ceased committing abortions before that requirement went into effect.

It is heartbreaking that even in death, after having suffered the violence of abortion, the victims are so often not treated with dignity and care.

Lawmakers around the country should follow the example of Indiana and other states and ensure, at the very least, the humane treatment of the remains of unborn children whose lives were cut short by abortion.

LifeNews Note: Melanie Israel is a research associate for the DeVos Center for Religion & Civil Society at The Heritage Foundation. This article originally appeared at Daily Signal.