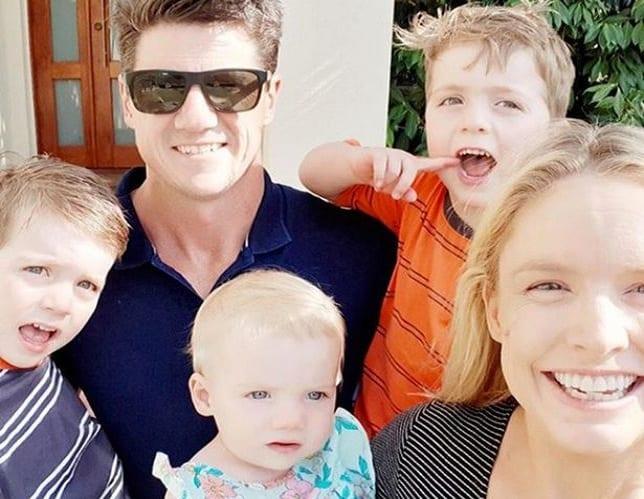 An Australian mother and blogger became the target of internet trolls recently after announcing that she is expecting a fourth child.

Anna Strode, of Melbourne, Australia, is well-known for her blog about fitness and motherhood, so she was surprised when online commenters began attacking her for having a large family, the Mirror reports.

Families like the Strodes should be encouraged and supported, but sadly, attacks on large families are not rare. The pro-abortion feminist mindset being pushed on our culture today devalues children and treats women’s bodies as defective rather than celebrates pregnancy and motherhood as unique abilities.

“I had absolutely no idea that ‘pregnancy shaming’ existed until, I announced we had baby #4 on the way,” she wrote on Instagram.

Her older children, twins Lachie and Samuel, are 3, and her daughter Grace is 18 months old. Strode said she always wanted four children, and she wanted them to be close in age.

“I always wanted 4 children,” she said. “I also all imagined them being close in age. I was blessed that my husband wanted the same. I never imagined that doing what my hubby and I wanted to do, would upset so many people or affect them in anyway.”

She said she has avoided posting much on Instagram lately because of all the hatred she has received.

“… over the past 7 months I have been criticised, judged and blatantly questioned why we have chosen to have another baby,” she continued. “I’ve had comments and inbox messages saying all sorts of things from ‘wow, surely you’re not pregnant AGAIN ‘ to ‘STOP HAVING BABIES’ to people asking if I don’t believe in contraception and making rude comments about our children being so close in age and that I won’t enjoy them.”

She concluded by asking people to please be kind about her desire for a large family.

“I’ve decided some people are just negative and that’s that… you can’t please everyone. Be kind people, please be kind,” Strode said. ← Prev: Population, illegal abortion, and abortion safety: Three FAQs and their answers Next: First U.S. Man to Legally Identify as ‘Neither’ Renounces Transgenderism: ‘I Am and Have Always Been Male’ →