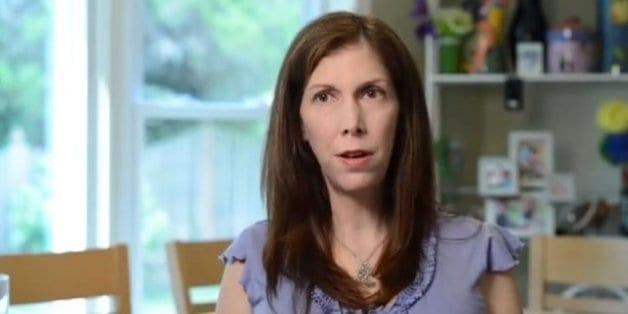 Death, not healing, is now being pushed as the solution for a baby with disabilities.

As the nation once again debates the morality of late-term abortion, parents are coming forward with stories about why they chose life or abortion for their unborn babies with disabilities.

Dana Weinstein chose abortion when she was 31 weeks pregnant with her daughter.

An abortion activist with NARAL, Weinstein recently told CNN how she and her husband were delighted to be expecting a second child nearly 10 years ago. She said she wrote a journal to the baby and proudly wore maternity clothes to celebrate her daughter’s soon-to-be entry into the world.

At 29 weeks, however, the family received some difficult news. A sonogram revealed that their baby girl had brain abnormalities, Weinstein remembered. They were referred for more testing, and at 31 weeks, their unborn daughter was diagnosed with agenesis of the corpus callosum and polymicrogyria, according to the report.

The disorders range in severity, and neither Weinstein nor the National Institutes of Health’s pages on the disordered mentioned fatality as a likelihood. Instead, the Weinsteins’ daughter likely would have had life-long cognitive and physical problems. Doctors told the family that she probably would have uncontrollable seizures and may need to be resuscitated at birth; they also said she may not be able to swallow or suck.

She could carry the baby for six more weeks and deliver it, she was told. But that extended the nightmare she was living in, she said, one in which they had to choose how their daughter would die. She worried about what their choice would do to their son, their family, their marriage.

The endless kicks in Weinstein’s belly, the persistent movements that had given her so much joy, became unbearable. She feared that the baby was simply seizing and, worse yet, might be suffering. She fell apart and couldn’t sleep. While she had proudly worn cute maternity clothes to show off her bump, she now hid in her husband’s clothes. She dreaded the well-meaning question from strangers — “When are you due?” — and refused to leave the house.

“That agony of every moment till I could end her pain was just awful,” Weinstein said. Together with her husband, they decided to get an abortion. For this baby they loved, she said, it felt like the “more peaceful path for her passing.”

The Weinsteins paid a Colorado abortionist $17,500 to abort their daughter. At 31 weeks of pregnancy, the abortionist injected a poison into her womb to stop her daughter’s heart; a few days later, she delivered her daughter’s dead body, according to the report.

“I’m not going to talk through that part of it,” Weinstein said. “But I would like to say it was not a baby being ripped limb to limb. I delivered an outward-looking beautiful baby.”

Her baby was a beautiful, valuable human being who deserved to live. She deserved the same treatment as any born infant with the same health problems, but, because she was in the womb when diagnosed, she was treated differently.

For now, it is unthinkable for a born child with disabilities to be poisoned, ripped limb from limb or scalded to death with a saline solution while their hearts are beating, as different abortion procedures do to unborn babies. Yet, it is allowed – even encouraged by some doctors and genetic counselors – before birth.

How long will it be until deadly procedures are permitted for born babies, children and adults with disabilities? Assisted suicide already is legal for adults in six states and Washington, D.C., and more states are considering allowing it this winter. In other countries, including Canada, euthanasia is legal; and people are killed for treatable conditions including depression. Child euthanasia is allowed in Belgium, and Canada soon may legalize it, too.

These “solutions” are pushed on the public as compassionate answers to suffering. But, as history has shown over and over again, nations are on a dangerous road when they respond to suffering by killing people with disabilities, rather than relieving their pain. ← Prev: Abortion Activist Sues to Stop President Donald Trump From Defunding Planned Parenthood Next: I Broke a Centuries-Long Senate Tradition to Stand Against Abortion Up to Birth and Infanticide →