Aborted Baby Parts Are Being Infused With Mice in Shocking Experiments 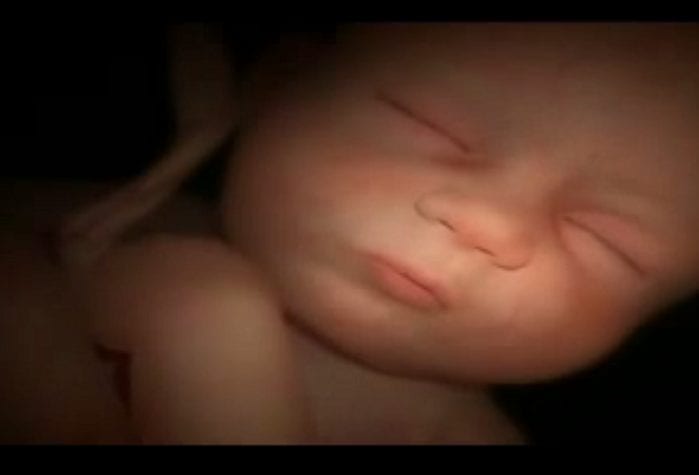 Gristly experiments that take organs from aborted babies and implant them into mice are taking place in the United States.

What seems like something out of science fiction has become reality, according to The Sun. The British news outlet confirmed the experiments are taking place as a way to test new drugs.

According to the report, researchers take mice and destroy their immune systems through radiation, and then graft livers or thymus glands from aborted babies onto the mice to create functioning human immune systems. Then, researchers use the “humanized mice” for drug testing.

Some of these experiments are taxpayer-funded through the National Institutes of Health, an agency under the Department of Health and Human Services, LifeNews and other outlets have previously reported.

Here’s more from The Sun:

The use of aborted baby body parts and stems cells has sparked anger among anti-abortion groups in the United States and it has been dubbed “Frankenstein” science.

And shocking undercover footage has led to the Donald Trump administration to reassess if the practice should be continued at all.

Clinics are supposed to ask if they would like to donate tissue but it is unclear whether the parents are aware their dead children’s bodies are being used in this way.

But what is known is that abortion clinics are supplying the fetal body parts, although they are not allowed to sell them.

Phelim McAleer, who has produced the film Gosnell, about a rogue abortionist, told Fox News: “Aborted babies bodies are a very valuable commodity in today’s America.

However, the Trump administration has been working to end the unethical practice. In December, it announced a new $20 million grant to invest in ethical alternatives to aborted baby parts in scientific research.

Over the past few months, pro-life groups and conservative news outlets have been uncovering new details about government spending on aborted baby parts for research. Some of these contracts have used tax dollars to pay for body parts of healthy, late-term aborted babies – including potentially viable unborn babies up to 24 weeks. The NIH has given about $100 million to these research projects.

While some scientists have complained about the changes, others pointed to evidence that research using human fetal tissue has been going on for decades but, by and large, it has not been successful. Dr. David Prentice and Tara Sander Lee of the Charlotte Lozier Institute said there are ethical alternatives available to scientists that do not involve the destruction of a human life.

A November letter from HHS assistant secretary of health Brett Giroir said they are “fully committed to prioritizing, expanding, and accelerating efforts to develop and implement the use of these alternatives.” He also said the department is “pro-life and pro-science.”

Aborted baby body parts used in the experiments were taken from healthy, later-term unborn babies. According to the report, the aborted babies were 18 to 24 weeks gestation from “women with normal pregnancies before elective termination for non-medical reasons.” Another article indicated aborted babies’ livers and thymuses also were used. They were between 20 weeks and 24 weeks gestation.

← Prev: Over 1,000 Pro-Life People Rally Against Infanticide at Virginia State Capitol Next: NBC Says Earth Would “Just Be Fine” if Humans “All Disappeared” →