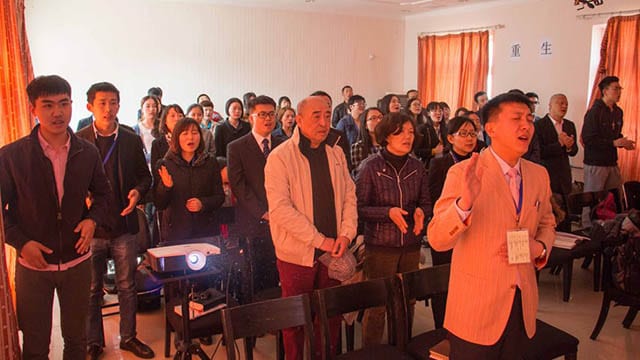 A Christian in Henan was sentenced three times, and spent ten years in jail, for the only crime of being a member of a banned movement.

Numerous Christians who are locked up in Chinese prisons were arrested and sentenced due to their beliefs only. Among them, Christians belonging to denominations blacklisted by the CCP as xie jiao have received the harshest sentences. The Christian group known as the Shouters, which has a long and complicated history, was banned as a xie jiao in 1983, long before the CCP’s list of the xie jiao was established in 1995.

Bitter Winter has learned the emblematic story of one of the main co-workers at a Shouters church in central Henan Province. We have been asked not to mention his name to avoid retaliations. He was sentenced by the CCP to seven years and six months in prison. November 13, 2018 was the date of his release. He finally walked out of the CCP’s “hell on earth,” and regained his personal freedom.

On April 13, 2012, while he and five other church leaders and co-workers (as well as more than 20 believers) were holding a gathering, they were surrounded by more than 200 police officers and 30 police vehicles. The police stormed into the meeting venue and berated them, “You organized an unauthorized gathering. It’s an illegal organization. It’s a xie jiao!” Immediately, the police confiscated approximately 500 spiritual books written by the Chinese preachers who are at the origins of the Shouters, Witness Lee (1905–1997) and Watchman Nee (1903–1972), and looted virtually everything from the meeting venue—video cameras, speakers, kitchen utensils, and food. The police even looted the believers’ clothes. The church sustained property losses of about 20,000 RMB (about $3,000). More than 20 Christians who were present at the time were arrested.

After the co-worker was arrested, he refused to sign one of the “statements of repentance” usually requested from members of xie jiao. He was later transferred to a detention house, where he was detained for over one year. Only then did the local People’s Court hold a court session and try his case.

His family raised 60,000 RMB (about $8,940) and hired a lawyer to defend him. During the trial, the judge said that he held an illegal gathering and confirmed that his church was a xie jiao organization.

“You didn’t find any immoral behavior in which I engaged, nor did you find any evidence that I committed a crime. On what basis do you declare that we’re a xie jiao?”, he said, speaking in his own defense. He professed his innocence and refused to sign or affix his fingerprints on the trial record but, despite the fact that no criminal evidence against him was found, the court still sentenced him to seven years and six months in prison for “the crime of using a xie jiao organization to undermine law enforcement.” In fact, courts do not need to explain why a group has been listed as a xie jiao to sentence a devotee of one of the banned movements. The fact that the group appears in the official list of the xie jiao is enough.

The co-worker filed an appeal, but while waiting for the second trial, the court notified the detention house that he was not allowed to see his lawyer. Later, the higher court upheld the original judgment.

During his first month in prison, he developed an acute myocardial infarction and was in critical conditions. The prison officers were afraid of having to take responsibility if he died in prison, so they sent him to the hospital to undergo treatment. By the time he was lifted into the ambulance, he had almost lost consciousness. He could only vaguely hear the doctor saying he would die unless he was resuscitated. Ten days later, just as his condition was starting to improve, prison officers took him back to jail to continue serving his sentence.

It Was His Third Arrest

In an interview with Bitter Winter, Hong Kong scholar Edward Irons said, “Inclusion on the list [of xie jiao] means the group is not seen as a ‘religion,’ but simply as an illegal organization. … Being on the list means the  full  weight  of  state  coercion  can  be  applied against  any  individual  associated  with  any  of the groups  on  the  list. Article 300 of the Chinese Criminal Code makes ‘using,’ i.e. being active in a xie jiao, a crime punishable by three to seven years of imprisonment ‘or more.’”

Bitter Winter previously reported that six leaders of the Shouters in Henan’s Jiaozuo city received heavy sentences due to their beliefs. Among them, the longest prison term was 13 years.


Christians Get Jail Time for Having, Photocopying Bibles
The Bible is recognized as one of the books with the most significant impact on …

Six Local Church Leaders Given Heavy Prison Sentences
Some of the leaders are serving sentences as long as 13 years, merely because of…