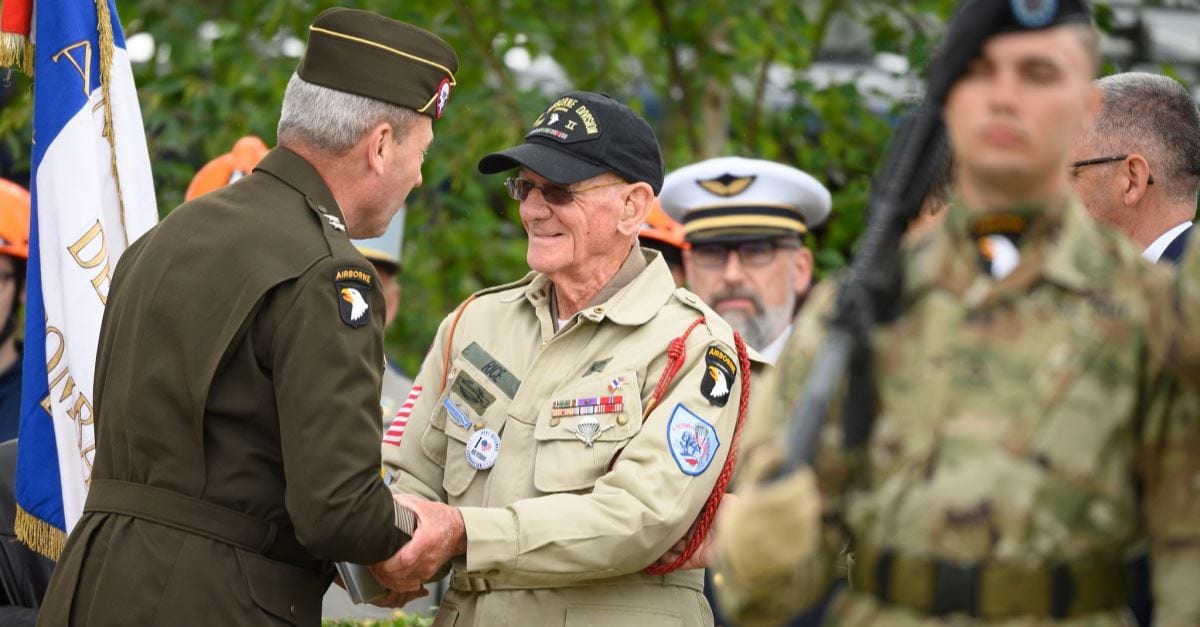 For the 75 th anniversary of the invasion of Normandy, 97-year-old D-Day veteran Tom Rice returned to the battlefield where thousands of his comrades laid down their lives all those years ago.

On June 6, 1944, thousands of brave men invaded the beaches of Nazi-occupied, Normandy, France.

The invasion reigned victorious for the allies, ultimately paving the way for the Allied forces to take the Western front, but the victory came with the high cost of human lives. It is estimated that more than 4,000 Allied troops were killed in the Normandy landings on that fateful day. Rice, however, escaped death’s grip, and for the first time in 75 years, the airborne soldier returned to the battlefield this week.

Just outside of Carentan, in a tandem jump, Rice, surrounded by hundreds of fellow parachutists, jumped out of a C-47 transport plane and landed in a field of wildflowers, the Associated Press reports.