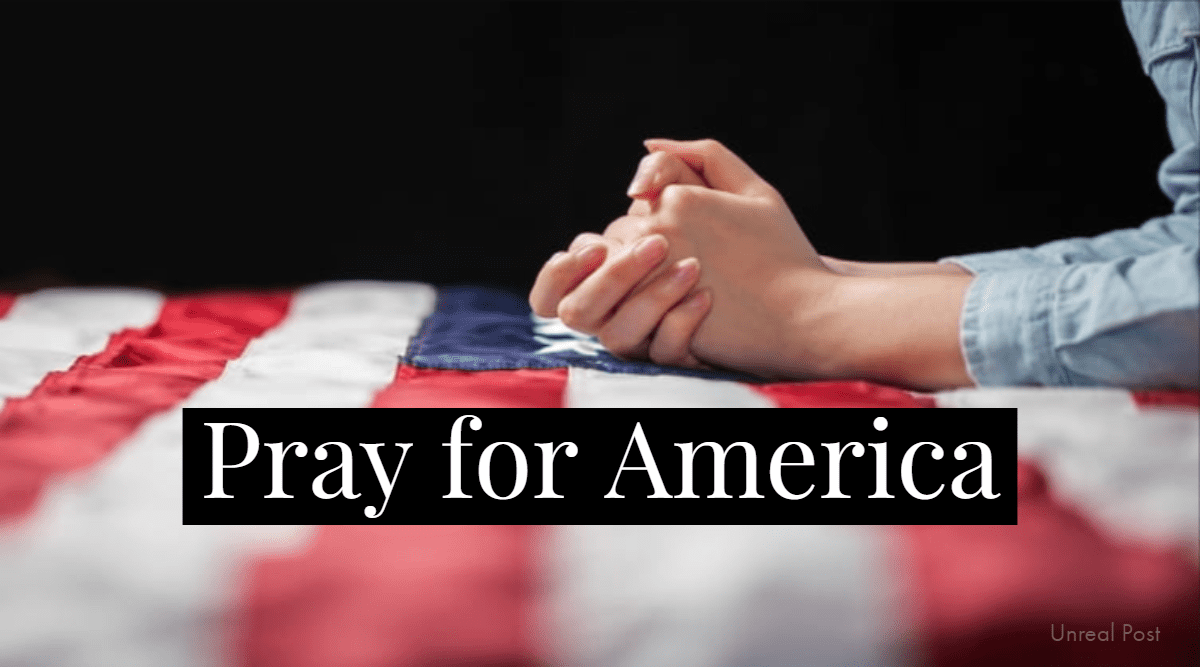 From Assembly Bills that are trying to silence the voice of truth, to legislation that limits parental rights and seeks to promote perverted sex education, we are at the crossroads:

It is clear America is in desperate need of prayer.

The good news is that God has promised to hear our prayers and accept our repentance.

2 Chronicles 7:14 says, “If my people who are called by my name humble themselves, and pray and seek my face and turn from their wicked ways, then I will hear from heaven and will forgive their sin and heal their land.”

Let’s take a moment right now to intercede for our nation.

1. Our schools are in trouble.

Google “California school district says parents can’t pull kids from new LGBT sex ed,” and you can read the alarming article for yourself. A “toolkit” that offers kids tips on using sex toys and doing things that cannot be written in this article is one of the controversial aspects, and parents may not be able to opt out. Our arrogance as a state, and as a nation, is appalling. School districts throughout California should be held accountable. I pray that school districts don’t cave into political correctness; difference makers should make a difference. Many would rather save their job then protect children. God help us!

You may say, “Times change.” And you are correct, but God’s standards do not change. The sin that once amazed us now amuses us; just look at what is considered “entertainment” today. When sin begins to amuse us, we are dangerously close to the edge. No matter how many laws are passed in favor of same-sex marriage, or how many volumes of sex-ed are printed, it will not change God’s mind. It’s been said that if you tell a lie long enough and often enough, people will begin to believe it. And isn’t that true?

2. People are in desperate need of hope.

At the time of this writing, it is said that we live in the greatest country in the world, but the success we cherish is not the result of chance. Many early Americans understood that in order for a nation to thrive and prosper, God’s Word must provide the basis for the government and the welfare of society. Just as water rapidly eroded the banks of the mighty Colorado River and created the vast Grand Canyon, America’s current belief system (relativism) has eroded her foundation and created a moral void.

This is why suicide among youth is an epidemic and school shootings are increasing—it’s not a gun problem, it’s a sin problem. People need hope not validation of their sin. Sin leads to depression, hopelessness, and fear. The church is divided; no wonder America is divided as well. Here is the Fox News audio where I debate a pastor who embraces the LGBT agenda. We love those who struggle, but we also love the truth . . . we must speak the truth in love: https://radio.foxnews.com/2017/10/20/what-does-the-bible-say-about-homosexuality/

3. There is so much instability and corruption.

Interestingly enough, the stability of America is one of the top concerns on the minds of many today. There was a time in recent history when America felt secure, knowing that the most formidable enemies were abroad. Not so today. While we are concerned with terrorist attacks, and rightly so, there is a greater threat from corruption within. We, like the mighty Roman Empire that collapsed centuries ago, are crumbling from within.

There are people and groups who are strongly committed to the destruction of anything rooted in our nation’s Christian heritage. They attempt to be “one nation ‘above’ God,” rather than “one nation ‘under’ God.” Scripture identifies this as foolishness, self-exaltation, and arrogance—the downfall of nations.

4. We have lost our spiritual foundation and heritage.

There is a saying that one generation plants trees for the next generation. I’m concerned that instead of planting, we are removing and destroying the very covering that protects us. As a result, our legacy as a great and noble nation has all but been forgotten. For instance, most schools no longer teach students about the spiritual foundation that has guided America throughout her history. Consequently, America’s moral and religious heritage is often deleted, grossly distorted, or revised altogether. As a result, students often miss the critical connection between America’s unparalleled greatness, her rise to world leadership, and the spiritual foundation that made it possible.This should concern us. The ideas of the classroom in one generation will create the ideas of government within the next.

Today, our culture promotes relativism, and man does what is right in his own eyes. Again, according to Scripture, to his own destruction. God’s Word says to confront, confess, and turn from our sins; relativism encourages us to ignore, overlook, and continue in them.

5. There is a moral and cultural war going on.

Although this position may seem radical or extreme, we are living in extremely critical times. Make no mistake about it—we are witnessing the rapid deterioration of a nation right before our eyes. But there is hope: 2 Chronicles 7:14 calls out from the past with resounding clarity to America today: “If My people will humble themselves and pray and seek My face and turn from their wicked ways, I will hear from heaven, forgive their sins, and heal their land.”

There are times to encourage, motivate, and uplift, but there are also times to confront, challenge, and contend for what is right—that time is now. Let it not be said of us today: “And there arose another generation after them who did not know the LORD” (Judges 2:10).

As the moral and cultural war rages between our shores, the need to be awakened from our spiritual slumber has never been greater. “Where the battle rages, there the loyalty of the soldier is tested” (Martin Luther). This battle is for the very soul of our nation. It’s our choice—stand or fall.

← Prev: Mom takes school to Human Rights Tribunal for traumatizing child with gender ideology Next: A City In Minnesota Got Rid Of The Pledge Of Allegiance. It’s Backfiring →