167 Babies Saved From Abortion During 40 Days for Life Prayer Campaign, So Far 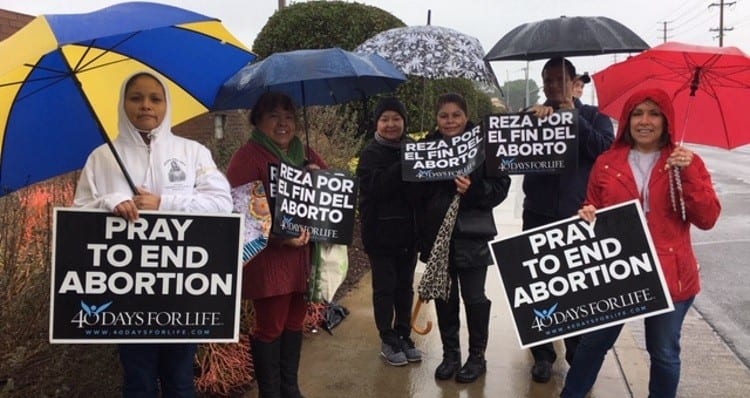 It’s another saved baby Monday! As we reach the halfway point of this 40 Days for Life campaign, we know of …167 babies saved from abortion through your prayers!

Do you think the pro-lifers in New York State are motivated right now? Most 40 Days for Life campaigns feature a single vigil on Long Island. This campaign features THREE.

In Smithtown, which is hosting its first-ever 40 Days for Life campaign, a woman admitted she pressured a teenage girl named Jessica into an abortion a few months earlier.

Jessica–heartbroken and trying to make amends for the loss of her child–decided to get pregnant again. And the same woman who pressured her into an abortion had now brought her right back to Planned Parenthood for another one.

“The woman felt crushed, extremely guilty, and did not know what to do about this second pregnancy,” wrote the Smithtown leadership team.

That’s when Jessica burst out of Planned Parenthood, running toward the vigil, crying, and looking for help. Vigil participants were happy to offer it, setting her up with an appointment at a crisis pregnancy center.

“Jessica and her companions had come to the sidewalk desperate and crying,” the Smithtown team said. “After speaking with the [vigil participants], they left with hugs and smiles…hopeful and relieved!

The couple refused to talk or accept pro-life information from vigil participants as they walked into Planned Parenthood. But a little while later, they abruptly drove away.

“As they left, the woman in the passenger’s seat rolled down her window and told me that they had decided to keep their baby,” said longtime campaign coordinator Alejandra. “I congratulated them and gave them the resource pamphlet. The woman seemed interested and happy!”

Michael, the campaign leader, said she reported some “misgivings about having an abortion” and she saw the 40 Days for Life vigil as “some kind of sign.”

Volunteers gave her baby booties and information on local pregnancy help centers while Michael summoned an Uber to bring her home.

LifeNews.com Note: Shawn Carney is the campaign director for the 40 Days for Life pro-life prayer campaign against abortion.

← Prev: Our ‘Inclusive’ Society Wants to Erase Kids With Down Syndrome Like My Son Next: 150-Year-Old Bible Survives 2 Church Fires: ‘A Great Testament to Our Faith’ →